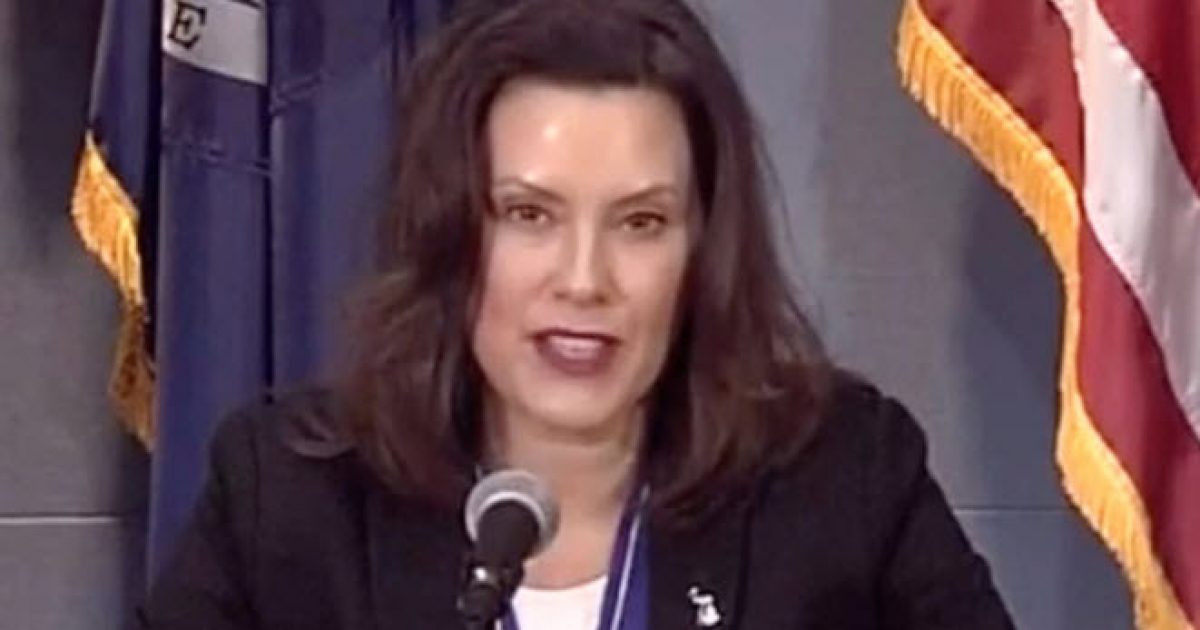 Three GOP House members in Michigan have introduced House Resolution 324, which call for the impeachment of their tyrannical governor, Gretchen Whitmer, a woman who has made it clear she will usurp power from the constituents she’s supposed to serve and use it to oppress them with reckless abandon.

Folks, this is exactly why our system of government works the way it does. We have the right to decide who governs over us, and if they go against our wishes and violate our God-given rights, it’s our duty to toss these folks out on the street.

Regarding exceeding “her constitutional authority,” the resolution states:

Governor Whitmer has issued dozens of executive orders which have been expansive in scope and have reordered life for every person in the state. The orders include, but are not limited, to: prohibiting evictions … banning non-essential medical procedures …  permitting public bodies to meet electronically … permitting public bodies to delay fulfilment of public records requests … closing businesses, and requiring residents to stay in their homes with limited exceptions. Through these orders, Governor Whitmer has unilaterally overridden legislatively enacted laws — including, but not limited, to the Revised Judicature Act, the Open Meetings Act, and the Freedom of Information Act — and created new laws in violation of the separation of powers guaranteed in the state constitution.

State law grants emergency powers to the Governor for the purpose of responding to immediate crises, but the Governor may only act in a manner that is consistent with the constitutionally mandated separation of powers. The state constitution does not permit the Governor to bypass the legislative process nor does it empower her to unilaterally make or amend laws for the protection of public health.

The resolution also states that Whitmer has violated “the constitutional rights of the people of Michigan” and then lists all the ways the executive orders have violated the First Amendment rights of citizens by restricting the free exercise of religion, going on to state:

These orders have limited the number of people who may gather in one place and restricted individuals’ ability to leave their homes to participate in religious worship and events. While the Governor’s later orders have included language indicating that places of worship and individuals participating in religious practices would not be subject to criminal penalties for violating the orders, the restriction itself – even if not enforced via criminal process in all circumstances – is a direct violation of the constitutional rights of the people of Michigan.

There are many other parts to the resolution, but this gives you a sample of what the GOP in the Michigan House is going for here.

Whitmer overstepped her boundaries and acted more like a dictator than an elected official chosen to best represent the people in the executive branch. Just because a pandemic comes along doesn’t mean you just throw people’s rights in the garbage.

You seek to find a way to help slow down the spread of the illness without violating rights. Yes, that will be difficult. No, it won’t satisfy everyone. But that’s okay. The most important job the governor has is to protect rights. She’s failed to do this, therefore, she should be fired.