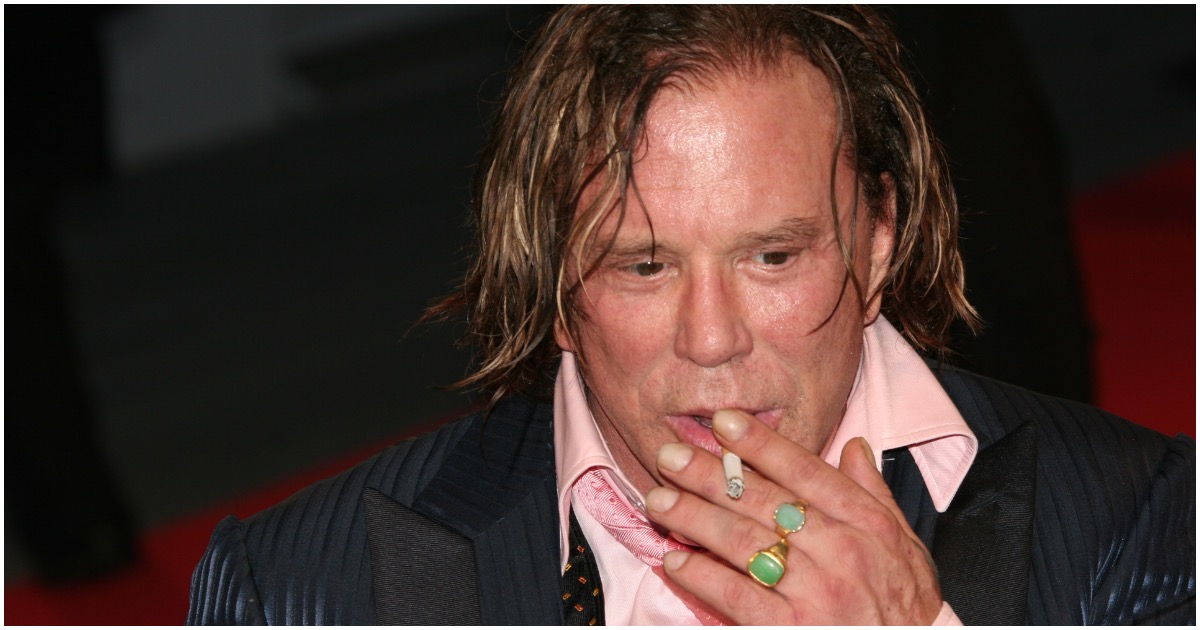 Oh, look. Yet another Hollywood liberal has decided to open their mouth and badmouth President Trump. How original. How classy. Good on you, Mickey Rourke. You have such guts!

The actor just came right out and said he plans to assault Trump once he’s no longer president. Because for some reason, Rourke apparently doesn’t understand that 45 will have Secret Service agents at his side until he takes his last breath.

You funny, Mickey. Not exactly a genius, but definitely funny. Check it out, via Fox News:

In an interview with TooFab published on Wednesday, Rourke was asked about a previous claim he made, that Trump allegedly sued him and Tupac Shakur years ago.

“That piece of s–t that’s sitting in the White House, that p—y, that lying c–ksucker. That no-good f–king two-faced f–king piece of s–t,” he said in the video. “He said some really nasty things about the two of us. And you know what? It’s personal. There’s gonna be a day where he ain’t president, and we’re gonna bump into each other. And you’re gonna feel me.”

Is Mickey dressed as Jack Sparrow for Halloween or what?

According to a new book set for release on November 26, not only is the Trump campaign correct that impeachment has boosted GOP fundraising – the 2016 campaign gave clues that this result could have been expected.

The book is Inside Trump’s White House: The Real Story of His Presidency by Doug Wead. Wead is a former adviser to two presidents and the author of multiple best-sellers. Trump and the Trump family gave him astonishing access in the run-up to the inauguration, and have all sat for interviews and extended conversations with him in the years since. Where Michael Wolff’s discredited Fire and Fury book included falsehoods, innuendo and insinuation, and stops after the first few months of the Trump administration, Wead’s work is based on first-hand knowledge and continues deep into 2019 as re-election has gotten underway. Wead’s book promises to be the definitive inside history of the Trump presidency. Whereas Wolf’s fantasy “work” will occupy the fiction section right next to the Steele dossier.

According to Inside Trump’s White House, Jared Kushner recalls how the Access Hollywood tape actually helped the 2016 campaign.

“The Billy Bush thing was kind of critical,” Jared said. He was referring to the Access Hollywood video, the October surprise. “Our online donations went from about $1.4 million a day to $2.6 million a day.”