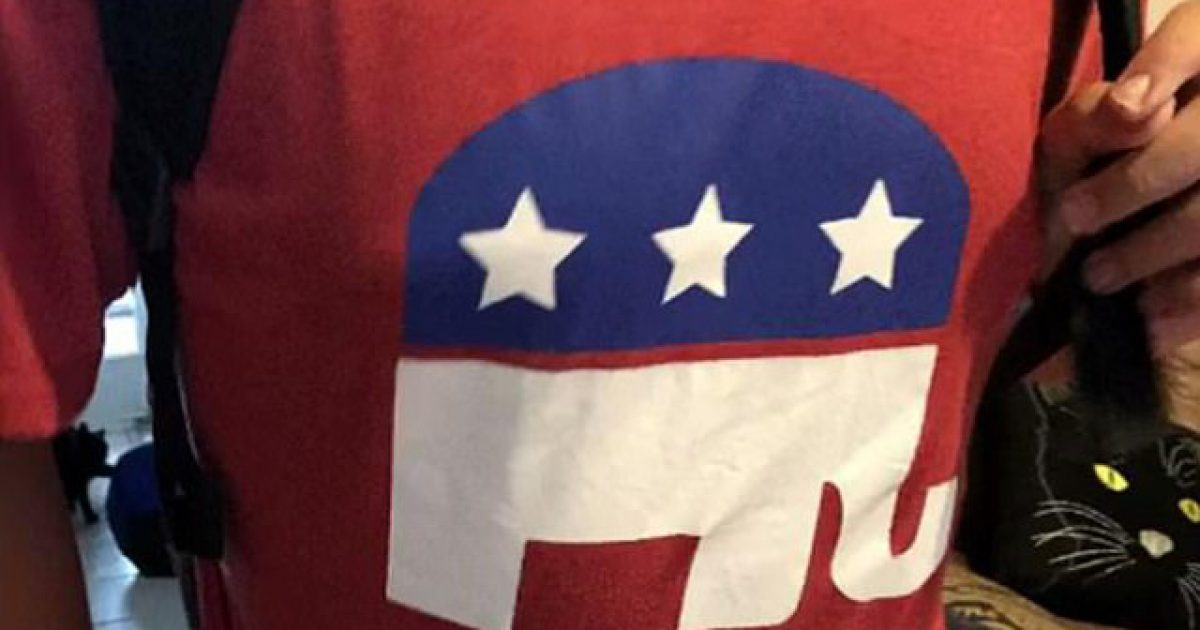 A middle school student in Florida was told by school officials that he was not allowed to wear a t-shirt with the Republican Party logo on it and was forced to take the shirt off and turn it inside out for the rest of the school day.

The reason the boy wore the shirt to school in the first place was to celebrate Nerd Day as part of his school’s Spirit Week. The shirt was part of his “Republican Nerd” costume. He was reprimanded by staff members who apparently became confused over the dress code.

‘When he came home from school he told me “Mommy I got in trouble, I was told to turn my shirt inside out.” I said why and he said “The dean of my school told me to turn it inside out,”‘ she added.

The two consulted the school’s dress code guidelines and failed to see how wearing the political shirt breached an rules.

The dress code says: ‘Students may not wear any clothing or display any items which are obscene, profane, suggestive or derogatory to others.’

But wearing a shirt of political nature does not violate those parameters.

The school district later agreed with the mother.

A spokesperson for the school later went on to explain that the employee involved in the situation confused the dress code for students with the standards of dress for those who work at the school, which are completely different and separate from each other.

The student’s mother told reporters that the school has since called her and her son to apologize for the situation. She says her son is planning on wearing the shirt to school again in the future.

Desperate Beto Tries to Channel Trump in Debate With Cruz. He Fails Spectacularly.