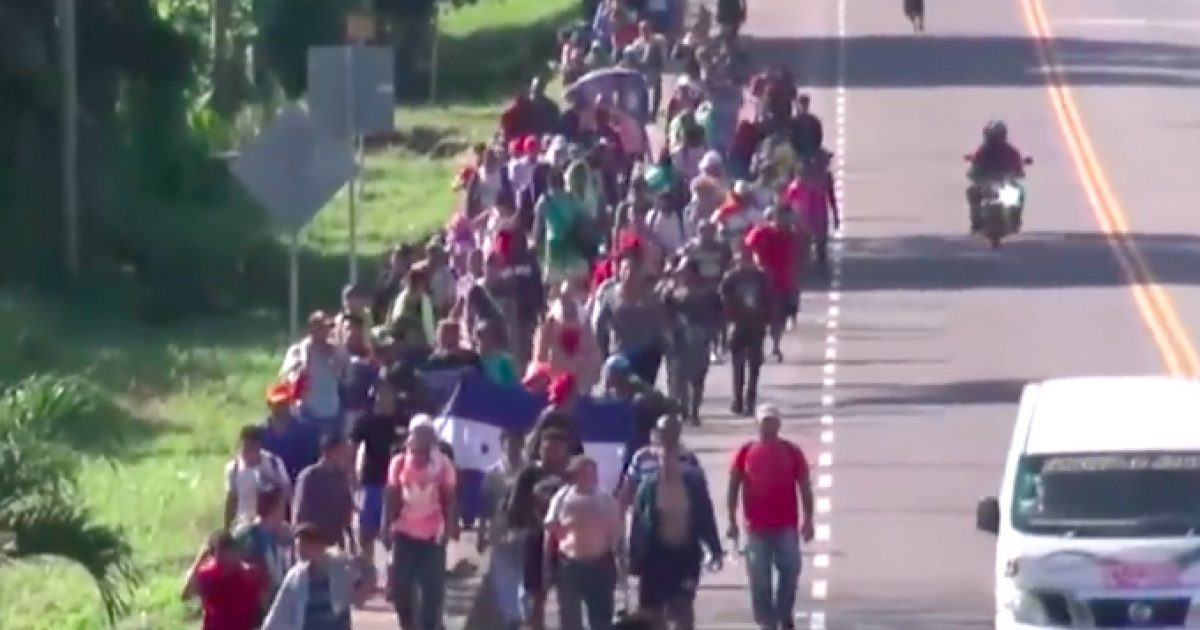 In the latest update from the nation of Mexico, it looks as though the massive migrant caravan headed toward the US is still possibly some weeks away.

That doesn’t mean that there hasn’t been any updates on the status of the group, however, as President Trump and others in the US continue to reiterate their stance that the horde, which may be as large as 14,000 people, will not be allowed to enter the US illegally under threat of military intervention.

Now, these migrants attempting a new approach to combatting the will of the US President by taking legal action.

A dozen migrants traveling by foot from Honduras to the U.S. to seek asylum filed a class-action lawsuit Thursday against President Trump, the Department of Homeland Security and others, claiming a violation of their due process under the Fifth Amendment.

The Fifth Amendment states that, “no person… shall be compelled in any criminal case to be a witness against himself, nor be deprived of life, liberty, or property, without due process of law.”

A recent PBS report cited former Supreme Court Justice Antonin Scalia, who ruled in 1993 case that “it is well established that the Fifth Amendment entitles aliens to due process of law in a deportation proceeding.”

So far, the lawsuit is limited in scope.

Twelve Honduran nationals, including six children, are listed as plaintiffs in the lawsuit. The suit, which was filed Thursday in the U.S. District Court in Washington, D.C., said it is widely known that Guatemala, Honduras and El Salvador are “undergoing a well-documented human rights crisis.” The lawsuit also claims that the plaintiffs’ right to the Administrative Procedures Act and the Declaratory Judgement Act were being infringed upon.

Should the idea spread, however, this could ignite a new front in the war on our nation’s border and the sovereignty of America herself.