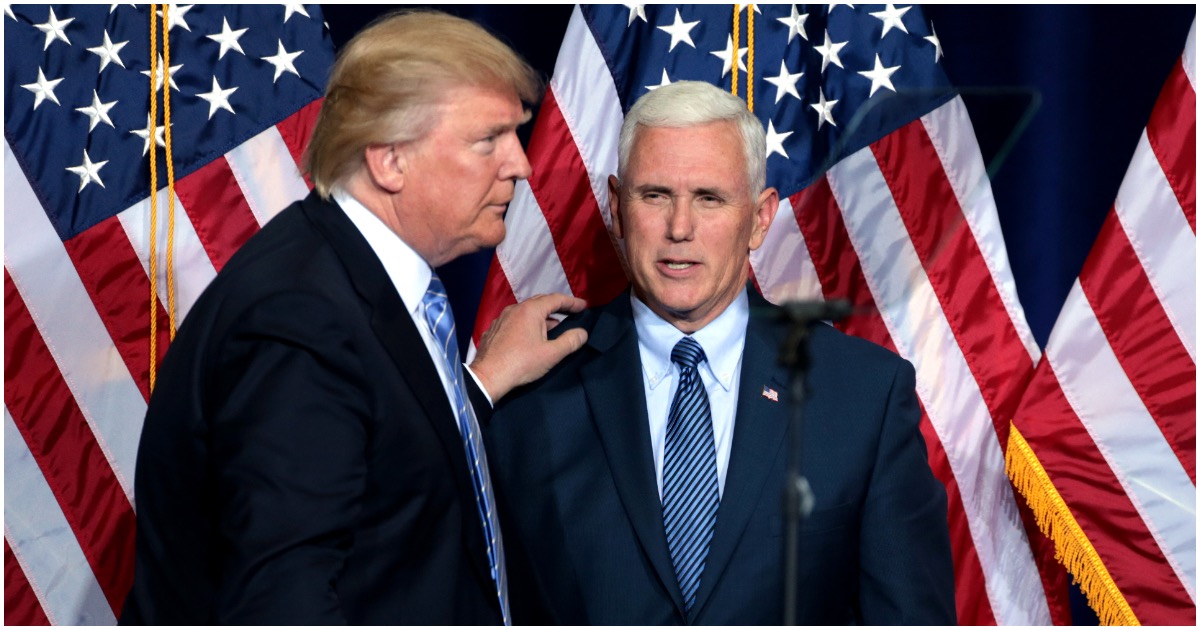 Vice President Mike Pence dropped some pretty interesting news about the Honduran migrant caravan the mainstream media should care about.

And yet, the MSM ignores.

“What the president of Honduras told me is that the caravan was organized by leftist organizations, political activists within Honduras, and he said it was being funded by outside groups, and even from Venezuela,” Pence told Fox News in an interview late Friday in Yuma, Arizona. “So the American people, I think, see through this – they understand this is not a spontaneous caravan of vulnerable people.”

The Vice President is barnstorming through the southwest this weekend, rallying for Republican candidates in New Mexico, Arizona, and Nevada.

Funded by outside sources? Kind of a big deal.

Pence made it clear while speaking to the president of Honduras: stop the caravan or the U.S. will no longer provide aid to the country.

Hundreds of Honduran migrants are headed for the United States border, just days after Vice President Pence sat down with the Central American country’s leader, urging him to take a tougher stance on mass migrations.

At least 1,300 people, including young children, left San Pedro Sula in northern Honduras on Saturday, in what some are calling the “March of the Migrant,” Reuters reported.

Bartolo Fuentes, the organizer, told the news agency that the group plans to march through Guatemala and into Mexico. From there, participants will request refugee status, which would allow them to stay in the country, or they will apply for a visa to pass through into the U.S.

The development came just days after Pence met with Honduran President Juan Orlando Hernandez, President Jimmy Morales of Guatemala and Vice President Oscar Ortiz of El Salvador, asking them to step up and help combat illegal immigration in return for help from the U.S.

Pence addressed the three leaders on Thursday in Washington, at the Conference for Prosperity and Security in Central America.

“If you do more, I’m here to say on behalf of the president of the United States and the American people, we’ll do more,” he said.

Pence said that flows of illegal immigrants from Honduras and Guatemala are up 61 percent and 75 percent, respectively.

The organizer of the march has been detained, per Reuters: