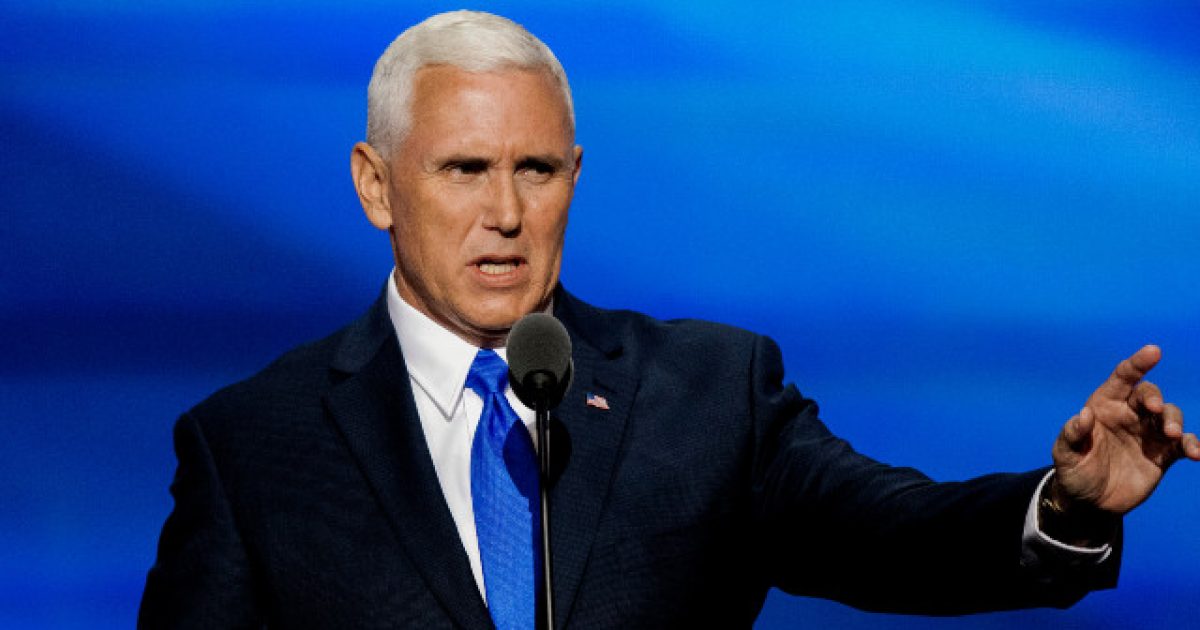 Former Vice President Mike Pence has been a bit quiet since leaving office, but who can blame him?  The former veep left during a very tumultuous time in American history, having been scurried away from the Senate floor as would-be insurrectionists chanted “hang Mike Pence” while marching in his general direction.

But now, as the Republican Party begins to reconnect with one another in opposition to Joe Biden’s ever-more progressive agenda, Pence has emerged to lay down the law when it comes to the raging humanitarian crisis at our southern border.

“Until left-wing politicians recognize the true nature of the border crisis and its roots in far-left policies, the crisis only will get worse,” Pence wrote in his April 21 article for DailySignal.com. “American families will be punished with lost jobs, lower wages, overcrowded schools, and overburdened public services,” he added.

Not everyone was sure of Pence’s motivation, however.

Pence’s comments are “either complete smoke-blowing, or he has come to understand the really fundamental problems about our immigration policy and their effect on working-class Americans,” said Jessica Vaughan, the policy director at the Center for Immigration Studies.

Pence “does not have a good record on immigration, but he may have learned a lot during his time in the White House,” she said.

“I’m willing to give people the benefit of the doubt,” she added.

Biden has blamed the chaos at the border on a “seasonal” surge, while Vice President Kamala Harris has suggested that “climate change” is the true culprit.

Caitlyn Jenner to Run for Governor in California, as a Republican