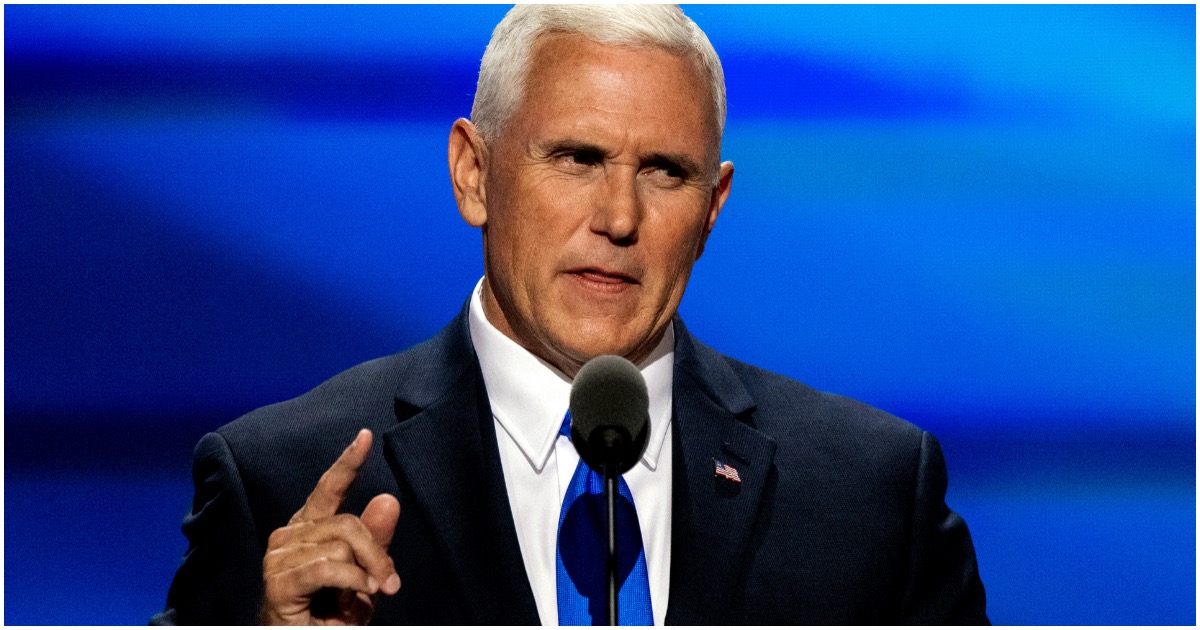 Vice President Mike Pence often remains quiet while working on behalf of the nation as the president’s right-hand man.

However, the VP decided to make it known that he’s ticked off with Democrat Rep. Ilhan Omar (MN) and her anti-Semitic tweets.

In other words, she needs to resign.

“[Omar’s] tweets were a disgrace & her apology was inadequate. Anti-Semitism has no place in the United States Congress, much less the Foreign Affairs Committee,” Pence wrote, days after Omar tweeted “it’s all about the Benjamins” while commenting on AIPAC’s political influence. “Those who engage in anti-Semitic tropes should not just be denounced, they should face consequences for their words.”

Senate Minoirty Leader Chuck Schumer, who is Jewish, got in on the fun, as well…

Omar shows no shame after responding to a series of tweets from journalist Glenn Greenwald.

Trump Says He’s Getting $23 Billion For Border Security From Congress, ‘Other Sources’