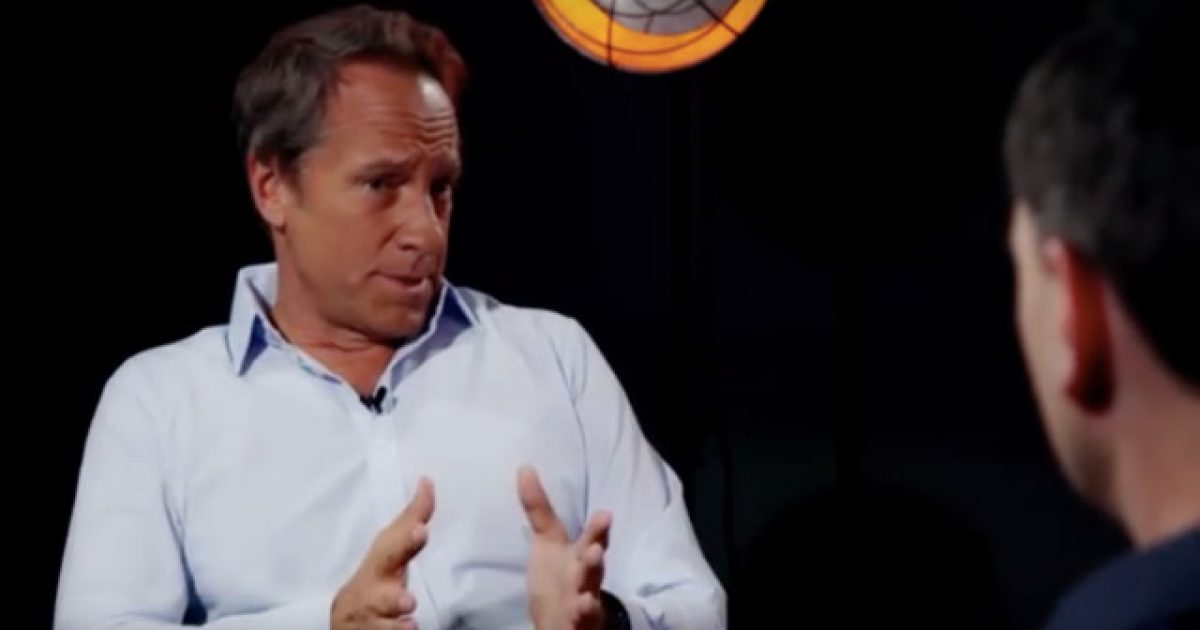 Over the weekend, editor-in-chief over at The Daily Wire, Ben Shapiro, got a chance to sit down and conduct a long form interview with the legendary master of common sense and the champion of the blue collar work ethic, Mike Rowe.

Rowe has become something of a fan favorite among conservatives, not so much so for his outspoken political beliefs, which he tends to keep to himself, but his common sense approach to individual issues and his support for teaching young people trades rather than flooding the marketplace with college graduates.

During the course of the interview with Shapiro, the topic of conversation turned toward “elites” in our culture and the wide gap that exists between them and the average citizen. This is a great conversation and that everyone needs to hear.

As the country sort of polarizes between the folks who are in the entertainment sphere or the journalism sphere or the sort of “high IQ” is how they would term themselves sphere, and the people who are actually working the jobs that are actually getting things done across the country, that’s a voice that seems to have been lost a lot. Do you think that’s a really serious gap, and do think that’s a bridgeable gap? Or is that gap, sort of, between the people who deem themselves to be smart and the people who deem themselves to be doing the jobs that matter, is that destined to sort of increase as time goes on here?

Well, there’s always been a gap – sometimes it’s wide, sometimes it’s less wide. And we all fall in love with the romantic version of ourselves, right? Whether you’re a journalist, whether you’re an actor – whatever it is you think you are, and whoever it is you think you are, you become the sun in your own solar system. So everything else is just a planet in orbit, right?

So, I think, with regard to the skills gap, and [with] regard to really any gap, it’s all just symptomatic of a series of what I would call “disconnects.” We’ve become slowly and inexorably and profoundly disconnected from a lot of very basic things that, when I grew up, I was really connected to – like where my food comes from, where my energy comes from, basic history, basic curiosity, you know? The things that fundamentally allow us to assume a level of appreciation that, in my view, is the best way to bridge those gaps – if we don’t have appreciation…

If we’re not blown away by the miracle that occurs when we flick the switch and the lights come on; if we’re not gobsmacked by flushing the toilet and seeing all of it go away; when we start losing our appreciation for those things, the gap deepens. And I think the gap right now is extraordinary.

There [are] 6.3 million jobs that are available as we speak. We have 75% of those jobs that don’t require a four-year degree and yet we’re still pushing the four-year degree as the best path for the most people, and it just happens to be the most expensive path. And a lot of people … have enough common sense to realize that $1.5 trillion in outstanding student loans is a version of lending money we don’t have to kids who can’t pay it back to train for jobs that don’t exist anymore, and that’s crazy.

So, you know, I think there’s great common sense that is still alive and well in a lot of people, and I think that as they look at the headlines, they’re frustrated. And, to be fair, I think people on the coasts are coming at it from their own bias, and they’re frustrated. So, a lot of frustrated people are talking really loud past each other and a lot of truths are inconvenient for a lot of people, and so it just gets noisy – which is a long way of saying no, I don’t think that gap will ever close.

There’s definitely a large portion of the population, particularly young folk, who have a dangerous entitlement mentality that leads them to think that blue collar careers and trades are too far beneath them, that hard work will somehow break their delicate bodies and soil their privilege.

The truth of the matter is this nation was built on the hard work produced by the average citizen dedicating themselves to a trade and trying their hardest to be the best at what they do. It takes people like this to build civilization. Without them, nothing we have works. We take the blue collar worker for granted too often, neglecting to give them the respect they deserve.

People like Mike Rowe are changing that perception, which is just one more reason to love the guy.

Dan Rather Unloads on Trump For Attacks on Media, Take a Look at What He Said