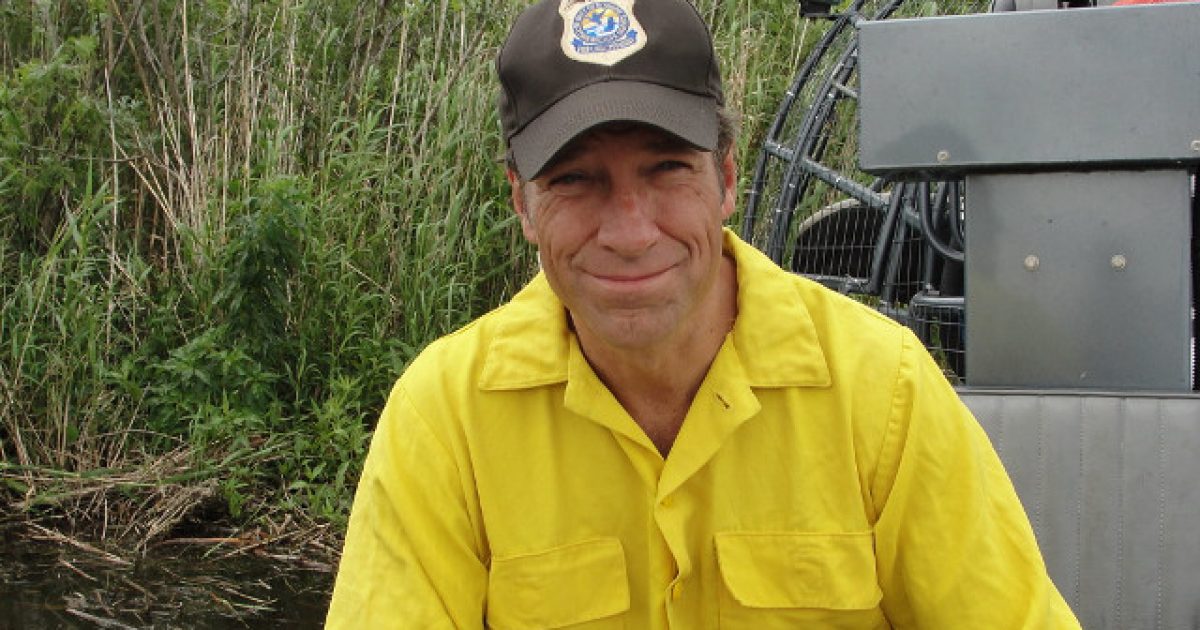 There’s no doubt that former ‘Dirty Jobs’ host Mike Rowe is one of the coolest dudes around, a man who rocks common sense like a three-piece Armani suit. In a world where common sense and balanced, non-emotional responses to hot button issues are sorely lacking, Rowe is a modern-day sage providing relief from the insanity.

Rowe recently decided to weigh in on the latest controversy with Nike and former NFL quarterback Colin Kaepernick concerning the pulling of a Betsy Ross flag shoe from release due to political correctness.

His dismantling of these two is classic Rowe that everyone needs to hear.

“I think Nike has the right to decorate their shoes with whatever flag they desire,” wrote Rowe. “I think Kaepernick has the right to offer marketing advice to any company that’ll take it. And I think you and I have the right to purchase whatever brand of tennis shoes we choose.”

Nike was lambasted by many critics after it was reported that they cancelled the sale of a Fourth of July shoe that would bear the first design of the American flag because their marketing spokesman Colin Kaepernick complained.

Rowe said there was nothing “inherently dangerous” with Nike choosing to market their shoes with a left-wing worldview. But he also said that there was a danger with erasing the past.

On the other hand, I think Ronald Reagan was right when he said we’re always one generation away from losing the freedoms we currently enjoy. Along with the siren song of socialism, the persistent promise of “free” stuff, and the breathtaking level of censorship on our college campuses, I worry about the growing belief among many that we can somehow improve our present by erasing our past; by toppling statues, outlawing “problematic” symbols, or rewriting specific pieces of our history in ways that leave us feeling less offended.

Rowe went on to argue that Kaepernick’s rejection of the Betsy Ross flag was “completely void of logic.”

“In other words, we can’t deny Kapernick’s right to speak his mind, but we shouldn’t ignore the flaws in his thinking. He has argued that the Betsy Ross flag is ‘racist,’ because it flew at a time when slavery was legal in America. By that definition, aren’t crosses are also racist? Weren’t they on churches attended by slave-owning congregants? Why not demand their removal?” he asked.

“What about the Bald Eagle?” he continued. “Wasn’t our national bird flying around when slaves were held? Why not protest it as well? What about the Great Seal? E Pluribus Unum? The Liberty Bell? It rang countless times while slavery was still the law of the land. Why not demand its removal? Kaepernick’s argument is unpersuasive, not because it’s unpopular, or unpatriotic.

It’s no wonder the left hates this guy. He just uses the old gray matter rattling around in his skull and logically applies basic principles of common sense to every day problems and comes up with coherent answers and solutions that should be obvious to anyone with two brain cells to rub together.

Unfortunately, it seems the folks in charge of making laws and coming up with solutions to the issues pressing our nation are dumber than a box of rocks because they never come up with anything that isn’t some hair-brained scheme to trample the rights of American citizens and grab power for themselves in the process.

Regardless, it’s great to know there are still people out there who use their intelligence to wade into cultural battles like this one without being partisan. It’s hard to do that, but Rowe manages to do it well.