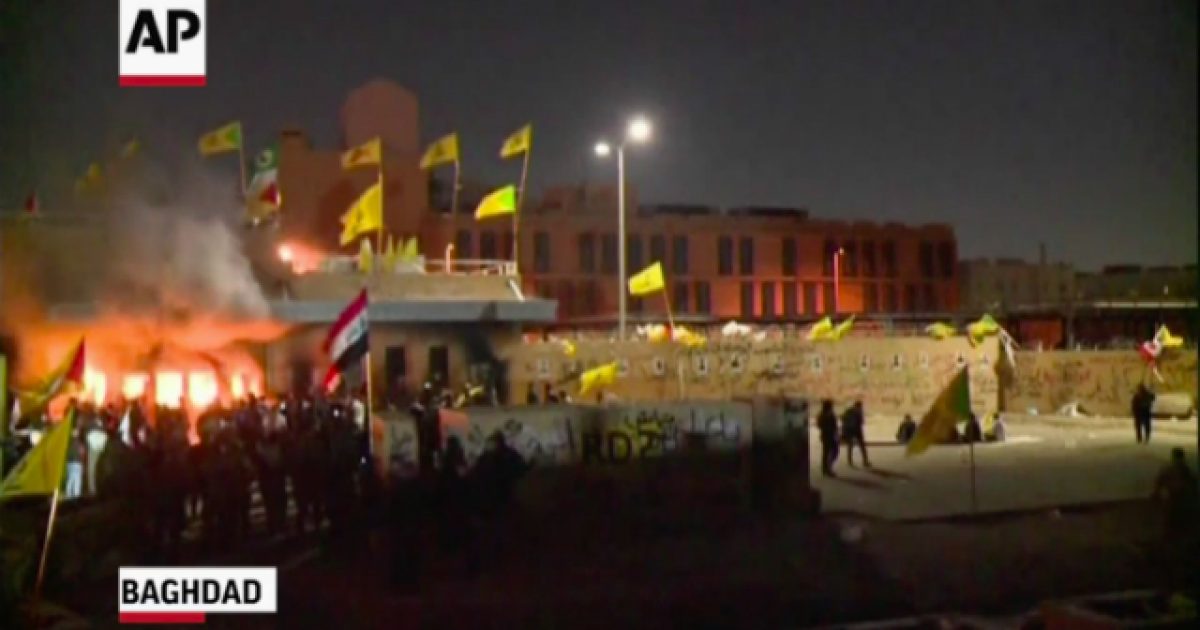 Supporters for the Kataib Hezbollah militia who camped out all night outside of the U.S. Embassy in Baghdad have finally started to leave the area.

The protesters, backed by the nation of Iran, declared victory Wednesday and stated they would now demand the United States withdraw troops from Iraq through parliament, according to a report from the Washington Post.

Hundreds of the militia’s supporters attacked the U.S. Embassy compound on Tuesday in response to American airstrikes on Kataib Hezbollah. The United States sent 100 Marines and two Apache helicopters to help reinforce the embassy and plans to deploy 750 soldiers to the region “immediately.”

A State Department representative said Tuesday that U.S. personnel “are secure and there has been no breach.” There were no plans to evacuate the embassy, and the U.S. Ambassador to Iraq Matthew Tueller was returning to the location after being out of the country on a previously scheduled vacation, the representative added.

President Trump accused Iran of orchestrating the attack and said the country would be held “fully responsible.”

Trump later tweeted, “To those many millions of people in Iraq who want freedom and who don’t want to be dominated and controlled by Iran, this is your time!”

The president went on to say that Iran’s backing these protesters will come with a “very BIG PRICE.”

Prophecy 2020 – Will It Be A Year of Success or Catastrophe? (Opinion)