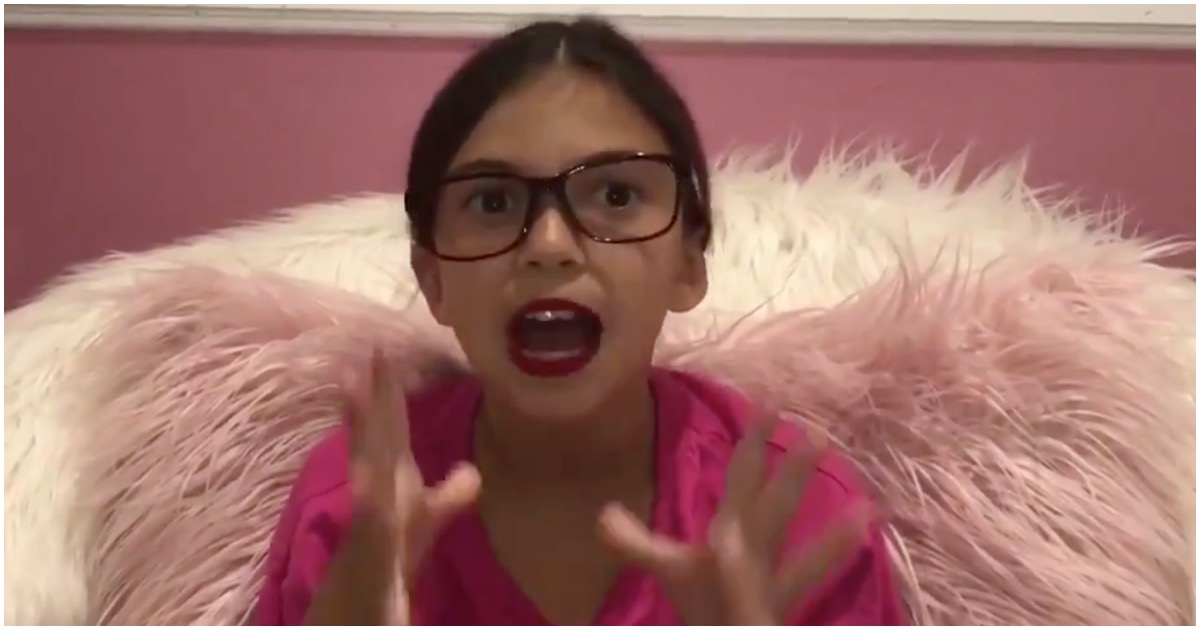 If the real AOC had a sense of humor, she’d invite Ava Martinez AKA “Mini-AOC,” to her office for a photo-op.

But she doesn’t. And she probably won’t.

Mini-AOC apparently stopped doing her satirical videos because she was receiving death threats, but she came back strong on Thursday.

The sky is falling! The sky is falling…in 12 years! Looks like politics are no longer off limits for children thanks to Greta. Wish someone would’ve made that clear a few months back. Comedy is much better than scare tactics and fear-mongering anyway. #MALA #AOC #GretaThunberg

The sky is falling! The sky is falling…in 12 years! Looks like politics are no longer off limits for children thanks to Greta. Wish someone would’ve made that clear a few months back. Comedy is much better than scare tactics and fear-mongering anyway. #MALA #AOC #GretaThunberg pic.twitter.com/exzddXXOp5

Please don’t let the haters get to you. You have many fans out here!

Please don't let the haters get to you. You have many fans out here!

In a previous video, Ava starts, “Like, hello America, AOC, here again, but this time from Washington, D.C., which is named after our first president — George Washington D.C. Like, I want to tell you about my plan to single-handedly save the planet. I call it the Green New Deal. I picked green because I’m still learning my colors. I came up with my plan after we were watching, like, the most important documentary on climate change. It’s called Ice Age 2: The Meltdown. That’s not me saying it, that’s science.”

OMG 😯 An AOC mini-me! She nails it! #Priceless pic.twitter.com/CAfV8Da5d3

If Warren Gets Dem Nomination, Big Money Democrat Donors Will Back Trump or Sit Out 2020