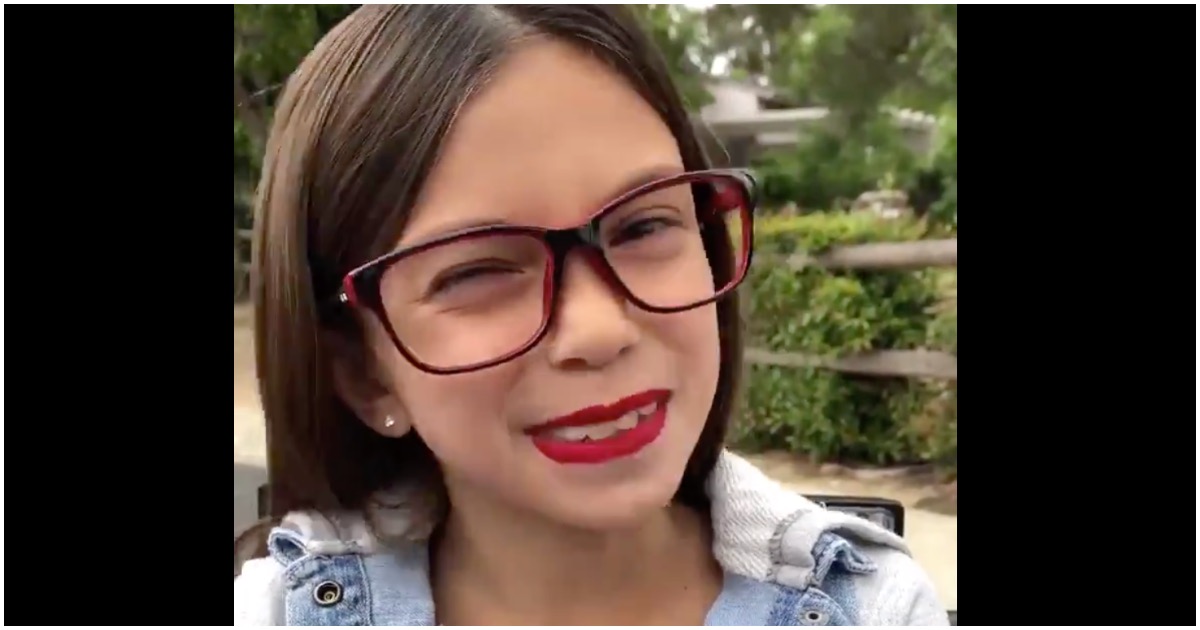 So many great one-liners poking fun at Rep. Alexandria Ocasio-Cortez in just a short video.

For example, eight-year Ava Martinez, aka “Mini-AOC,” is saddened that she may not “be able to drive to Hawaii anymore.”

In this latest video, Ava starts, “Like, hello America, AOC, here again, but this time from Washington, D.C., which is named after our first president — George Washington D.C. Like, I want to tell you about my plan to single-handedly save the planet. I call it the Green New Deal. I picked green because I’m still learning my colors. I came up with my plan after we were watching, like, the most important documentary on climate change. It’s called Ice Age 2: The Meltdown. That’s not me saying it, that’s science.”

As long as Ava #miniAOCofficial enjoys doing these videos she will continue to keep making them and as long as #AlexandriaOcasioCortez keeps being #AOC we will have plenty of material to keep making them as well. Thanks again to everyone who had kind things to say about Ava. pic.twitter.com/Je7YojRoXd

Here’s the second video she put out…

Here is the first video she put out not long ago…