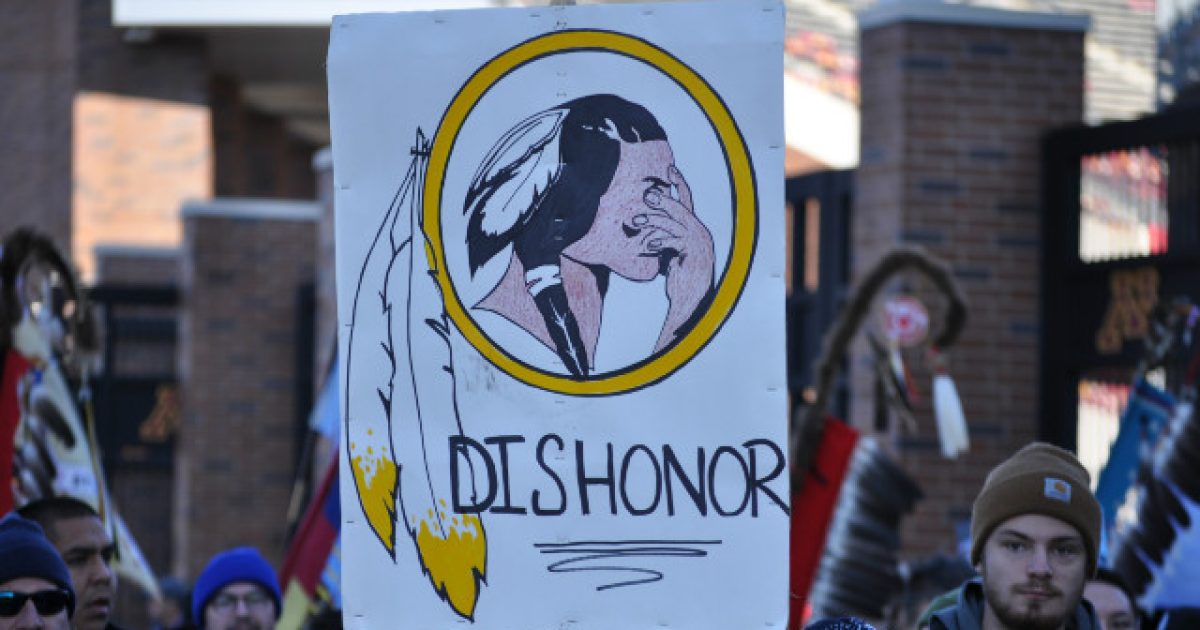 Three individual minority owners of the Washington Redskins professional football team are looking to sell off their shares in the team amid controversy over the team’s name. Again.

Yes, it seems the Redskins are forever caught in a loop of having to defend their team name from the gaggle of social justice warriors running around the nation screaming and crying about faux systemic racism and crusading for causes like renaming sports teams in order to make themselves feel important and like they have a purpose.

Businessmen Robert Rothman, Dwight Schar, and Frederick Smith have hired an investment banking firm to conduct the search for potential buyers, which, according to one unnamed source, was happening because they are “not happy being a partner” of majority owner Daniel Snyder, the Washington Post reported. ProFootballTalk first reported that Schar and Smith were trying to sell their share of the team on Sunday.

Rothman is chairman and CEO of Black Diamond Capital, a private investment company; Schar is chairman of NVR Inc., one of the largest homebuilder companies in the country; and Smith is the chairman, president, and CEO of FedEx, which has a long-standing partnership with the football franchise. Together, they account for about 40% of the team’s ownership. The remaining stake rests with Snyder, his mother, and his sister.

The organization said on Friday that it will conduct a “thorough review” of the team’s name amid new demands that it stops referring to the team as the Redskins, which critics view as being racist and insensitive to Native Americans.

Snyder released a statement last Friday saying, “This process allows the team to take into account not only the proud tradition and history of the franchise but also input from our alumni, the organization, sponsors, the National Football League, and the local community it is proud to represent on and off the field.”

Snyder bought the team back in 1999 and has been resisting the call to rename the franchise. He’s only started to move on this after receiving enormous pressure from both the public and the corporate sponsors who help fund the team, much of this pressure the result of the death of George Floyd while in police custody.

FedEx, which has authority over the naming rights of the team’s stadium, released a statement late last Thursday that said, “We have communicated to the team in Washington our request that they change the team name.”

There was a study done a few years back from the Washington Post, where lots of Native American folks were asked whether the name of the team offended them. A whopping 9 out of 10 said that it didn’t and was actually a source of pride for them.

So who, exactly, is offended by this? White left-wing crusaders. Makes sense, right? They need to feel important and have latched on to this little “cause,” having created the hoopla from scratch to justify their own existence.

Isn’t that an example of the “white savior complex” that the left supposedly hates, yet engages in every single day?