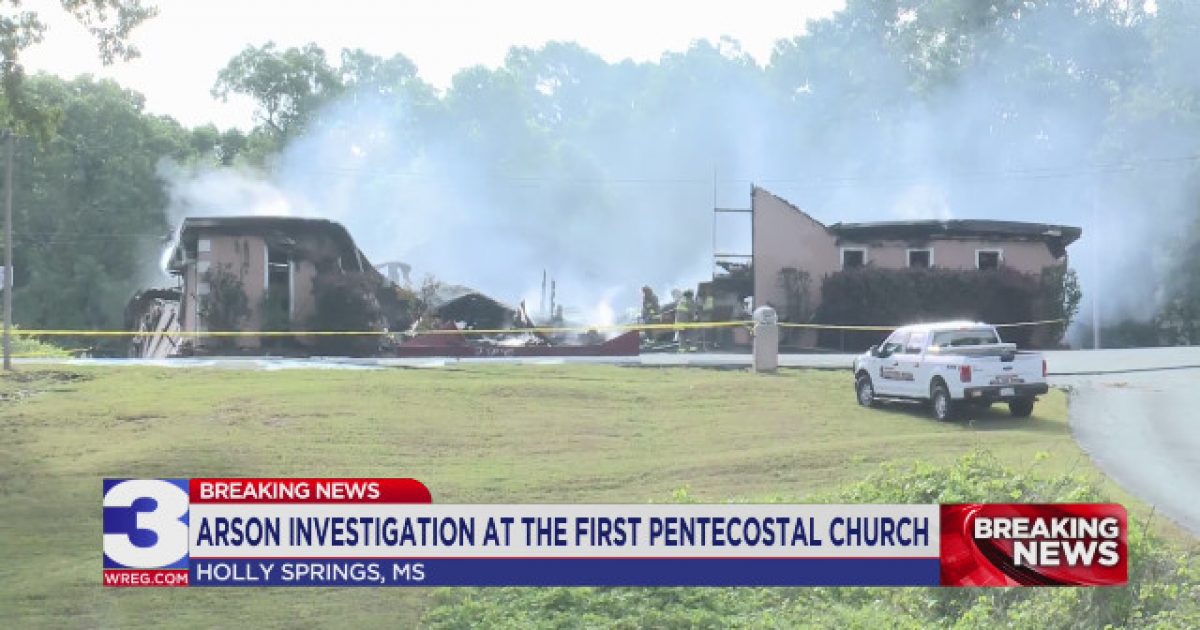 Mississippi Gov. Tate Reeves released a statement on Thursday condemning the burning of a church that had opposed the restrictions put in place concerning the spread of the coronavirus. The church had filed a lawsuit against the state for its prohibition on large gatherings.

Reeves took to Twitter and stated that he was both “heartbroken and furious” with the shameful action that was taken against the church.

“What’s this pandemic doing to us?” he asked in his post. “We need prayer for this country.”

The church, First Pentecostal Church in Holly Springs, burned to the ground sometime early Wednesday morning, according to police. Grafitti was found in the parking lot reading, “I Bet you stay home now you hypokrits.” The burning is being investigated as arson.

“We’re in a time where I don’t think it’s any secret that there’s a growing hostility toward churches, across the board,” Thomas More Society senior counsel and lawyer for the church Stephen Crampton told Fox News. “And now, here are churches like First Pentecostal that are sort of stirring up the waters by being outspoken and somewhat firm about seeking to protect their constitutional rights.”

The church had filed a lawsuit back in April after the pastor of the congregation was given a ticket for holding a drive-in service on Easter, which happens to be one of the most important holidays for Christians, who celebrate the resurrection of Jesus Christ from the dead on that day. This belief is the foundation of the Christian faith and it is shameful to not be able to celebrate it together with other believers.

Especially when this church was willing to compromise and simply worship from their vehicles and maintain social distancing guidelines.

A district attorney later ruled in favor of the church saying, “the First Amendment guarantee of the free exercise of religion is one of the most important ones set fort in the Bill of Rights, and without question, it grants the church, in this case, the right to assert certain rights which, say, a barbershop would have no right to assert.”

The decision in question came not long after Attorney General Bill Barr intervened in the case of another church in the state of Mississippi who was also suing for the right to hold drive-in services.

It’s sickening and sad to see what people have become in light of this pandemic. Lord, please help us remember who we are as a nation.

Joe Biden Says ‘If You Have A Problem Figuring Out Whether To Vote For Me Or Trump, Then You Ain’t Black’