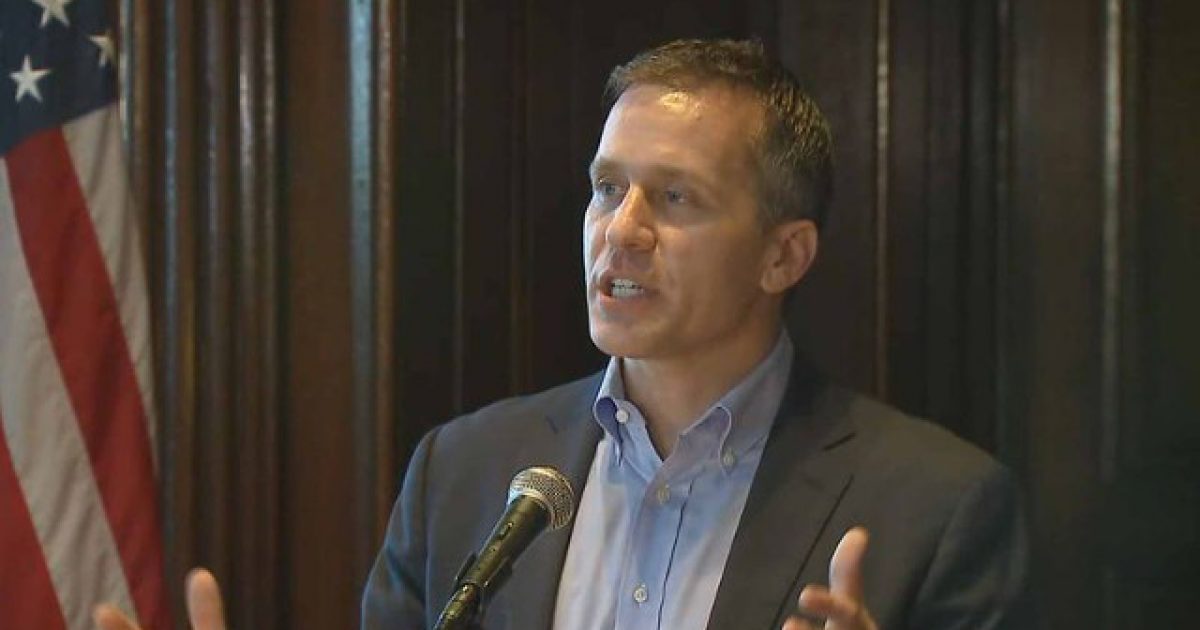 Republican Missouri Gov. Eric Greitens has decided to step down from office after a sexual misconduct scandal erupted earlier this week. This isn’t the only bad news for Greitens either.

As it turns out, he’s also being accused of misusing a charity donor list.

Originally, Greitens had stated that, despite the allegations he was facing, he would not resign from office, a statement he has since recanted. The governor was potentially facing impeachment.

The 44-year-old lawmaker has been accused of taking and transmitting a non-consensual — partially nude — photo of a woman with whom he was having an affair.

A felony invasion-of-privacy charge levied against him by the state has been dropped however the St. Louis Circuit Attorney’s Office said it still plans to pursue the case, either through a special prosecutor or an appointed assistant.

“This ordeal has been designed to cause an incredible amount of strain on my family. Millions of dollars of mounting legal bills, endless personal attacks designed to cause maximum damage to family and friends,” Greitens said. “Legal harassment of colleagues, friends and campaign workers, and it’s clear that for the forces that oppose us, there is no end in sight.”

He continued, “I cannot allow those forces to continue to cause pain and difficulty to the people that I love.”

This is why it’s so critical for anyone who is considering running for office to be a person of integrity and upstanding moral character. First off, that’s the mark of a good leader. Secondly because you represent an ideological system, a way of thinking, and if that way of thinking happens to be true, it’s going to be harder to persuade people of that reality when they see someone living an immoral lifestyle.

Character most definitely matters, despite what you might hear on the political landscape these days.

Roseanne Breaks Silence on Twitter Controversy Hours After it Happens, Here’s What She Said