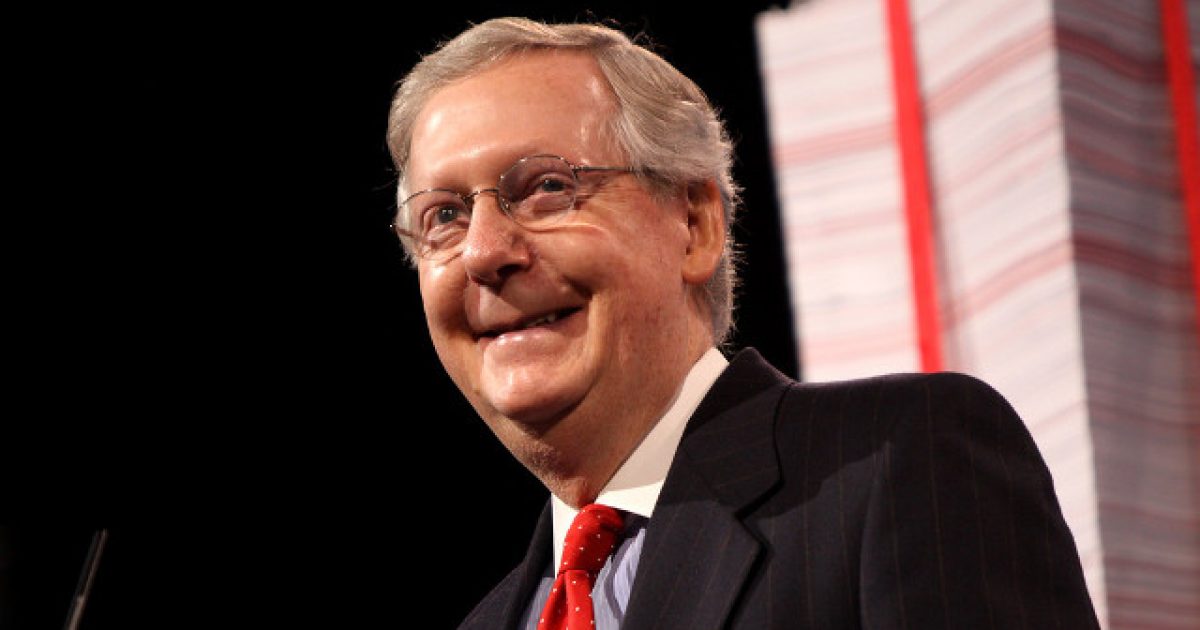 Has anyone else noticed how hostile Rep. Alexandria Ocasio-Cortez has become as of late? It seems she’s moved beyond just spewing pure idiocy and has decided to beef it up with a little bitterness.

One of her most recent comments was against Senate Majority Leader Mitch McConnell who she claims is complicit in advancing racism. Because when all else fails, just toss out the “R-word.”

Well, McConnell decided to strike back at such a claim and totally shutdown AOC.

“I think it’s time to lore the rhetoric related to that subject all across America — everyone knows that’s nonsense,” McConnell replied to Fox Business Network’s Maria Bartiromo when addressed with the accusation.

“I was there when Martin Luther King gave that ‘I Have A Dream’ speech. I was there as an observer when President Johnson signed the Voting Rights Act,” McConnell continued. “Look, I’ve got nothing to apologize [for] on this front. We ought to tone rhetoric down across the country. Throwing around words like racism, routinely applying it to almost everything — let’s talk about the issues.”

McConnell’s response came two days after Ocasio-Cortez criticized him for not speaking out against President Donald Trump’s earlier remark that members of the so-called “Squad” should “go back and help fix the totally broken and crime infested places from which they came.”

The Squad, consisting of Ocasio-Cortez, Minnesota Rep. Ilhan Omar, Michigan Rep. Rashida Tlaib, and Massachusetts Rep. Ayanna Pressley, addressed the heated exchange Monday, and further attacked Trump on a variety of fronts, claiming that he was promulgating a white nationalist agenda and “allowing millions of Americans to die from lack of health insurance.”

“[The Squad] wants to take America into a socialist country — I think it’s important to remember that you don’t need to have a military coup to have a socialist country, most countries have voted it in,” McConnell said. “ …They’re giving away free this, free that, free that — who do you think is going to pay for that? All the rest of the productive parts of society. So, the president’s on to something here.”

Why is it people like AOC and the rest of the Squad can’t just take policy positions and present well-reasoned cases to support them? Why does everything that comes out of their mouths have to be a personal attack?

The answer is simple. The facts do not back up their assertions and they know it. If it comes down to trying to win hearts and minds with logic, reason, and facts, their whole worldview falls apart like a house of cards. They stand zero chance of winning folks over to their view.

So instead, they stir up emotions and get people who hate the GOP whipped up in a frenzy to make them a very vocal majority that casts a shadow larger than the reality. It’s a cheap tactic and those whom employ it should be ashamed of themselves.

Berkeley Changing Name For City’s ‘Manholes’ To ‘Maintenance Holes.’ The Reason Why Is Ridiculous