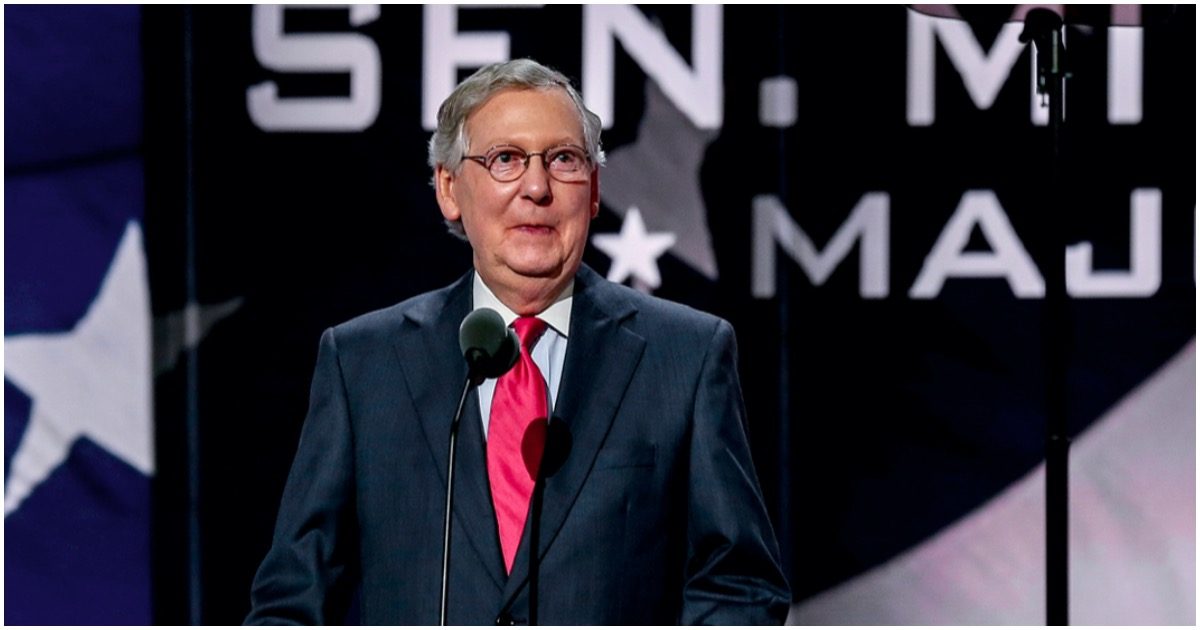 From the very beginning, it was game over for Democrats when it came to impeachment. They knew they didn’t have any solid evidence against President Trump. But they didn’t care. They tried Russia and this and that and nothing seemed to work, because there was no evidence of wrongdoing. The same logic holds true for this sham Ukraine whistleblower nonsense.

At the end of the day, here’s what will happen: the Democrat-controlled House of Representatives will vote to impeach 45. Then, the Republican-controlled Senate will end the nonsense once and for all.

However, Trump will have the American people on his side come November 2020. The people will, if they haven’t already, wise up to the fact that the entire game was rigged. And they won’t be pleased.

NBC News has the scoop:

WASHINGTON — Senate Majority Leader Mitch McConnell, R-Ky., said Thursday that there was “no chance” that President Donald Trump would be removed from office in any impeachment trial and that it “wouldn’t surprise” him if some Democrats split from their party and voted in the president’s favor.

“The case is so darn weak coming from the House,” McConnell said in an interview with Sean Hannity on Fox News on Thursday night, as the House Judiciary Committee continued to debate articles of impeachment. “We know how it’s going to end. There’s no chance the president’s going to be removed from office.”

It’s quite stunning that the left refers to conservatives as fascist when all libs do is nothing but attempt to silence those with whom they disagree.

On Monday night, dozens of left-wing activists converged on the Louisville home of Senate Majority Leader Mitch McConnell to protest for gun control. Video of one of the protesters, Black Lives Matter activist Chanelle Helm, calling for violence against McConnell — initially posted on Facebook and then tweeted out by congressional staffer Ben Goldey — quickly went viral, retweeted by the McConnell re-election campaign and Daily Wire reporter Ryan Saavedra. By Tuesday, Twitter had locked all three accounts until they pulled their posts featuring the video.

In the since-pulled video, which was first live-streamed on Facebook, one of the protesters says about McConnell’s recent shoulder injury that maybe someone is using a “voodoo doll” against the senator. Helm responds, “Just stab the motherf***er in the heart, please.” She went on to say she hopes he suffers “one of those heart attacks where they can’t breath, and they’re holding their chest and they fall backwards.” Instead of nursing a “broken arm” after his fall, she said, “he should have broken his raggedy, wrinkled-ass neck.”

ICYMI: Dem Rep. Says Trump Must Be Impeached In Order to ‘Deal With Slavery’ (Video)