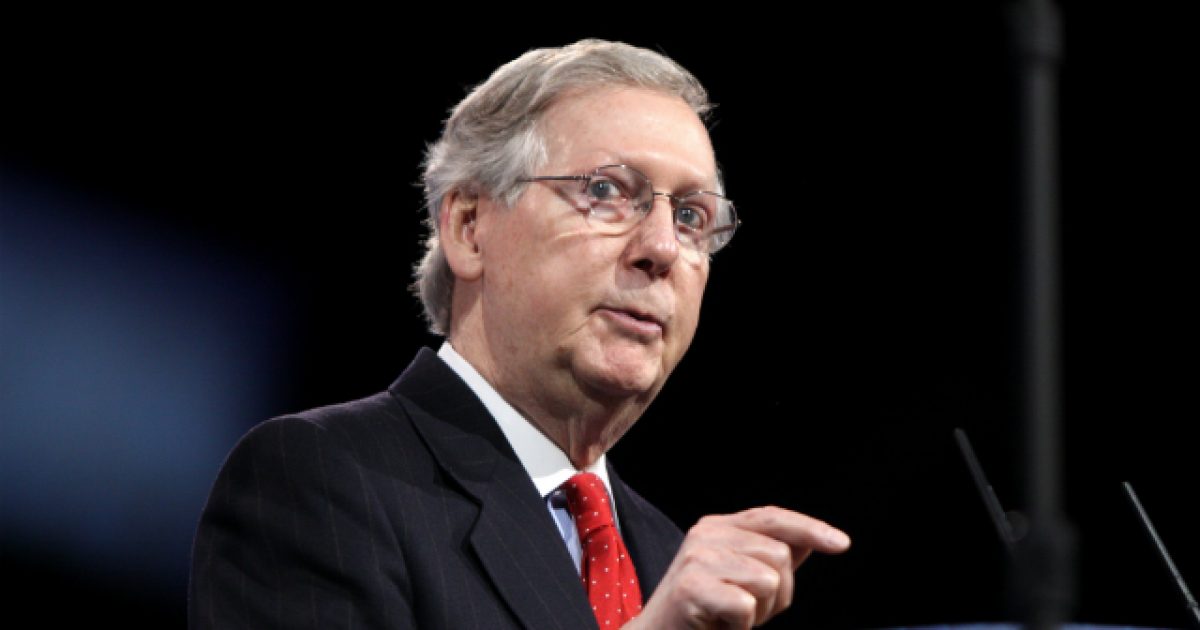 Senate Majority Leader Mitch McConnell wasted absolutely no time in launching an attack against House Speaker Nancy Pelosi in light of the House’s impeachment vote against President Trump on Wednesday, accusing her of being “afraid” of sending the impeachment articles to the Senate.

He also said that the work she and other Democrats did in this whole affair was “shoddy.”

“This particular House of Representatives has let its partisan rage at this particular president create a toxic new precedent that will echo well into the future,” McConnell said on the floor, accusing Democrats of giving in to “temptation” with their impeachment vote while challenging their handling of the articles in the aftermath.

“Looks like the prosecutors are getting cold feet,” the Senate GOP leader mused.

McConnell’s remarks came the morning after House Democrats voted to impeach President Trump for abuse of power and obstruction of Congress in relation to his July 25 phone call with Ukrainian President Volodymyr Zelensky.

McConnell decried the effort, for which no Republicans voted, as “the most rushed, least thorough, and most unfair impeachment inquiry in modern history.” It taps into long-standing complaints by Republicans that the impeachment has trampled over minority rights in the House, and that Democrats were pursuing an outcome they have preordained before Trump was even sworn into office.

After McConnell got done shredding Pelosi to pieces, Senate Minority Leader Chuck Schumer decided to fire back by saying, “Forgive me, House Democrats cannot be held responsible for the cravenness of the House Republican Caucus and their blind fealty to the president.”

When the House votes to impeach a president, the articles containing the charges against the president are usually sent to the upper chamber for an impeachment trial. Pelosi has signaled she might not be sending the articles over just yet, until she receives reassurances about the process in the Senate.

“We’ll make a decision… as we go along,” Pelosi said to reporters, adding “we’ll see what the process will be on the Senate side.”

“We have acted. Now, they’ll understand what their responsibilities are, and we’ll see what that is.”

Definitely doesn’t sound like Pelosi is too confident in the work she and her colleagues did on this impeachment fiasco, does it?

Developing: Multiple Democrats Vote Against Both Articles of Impeachment (Details)