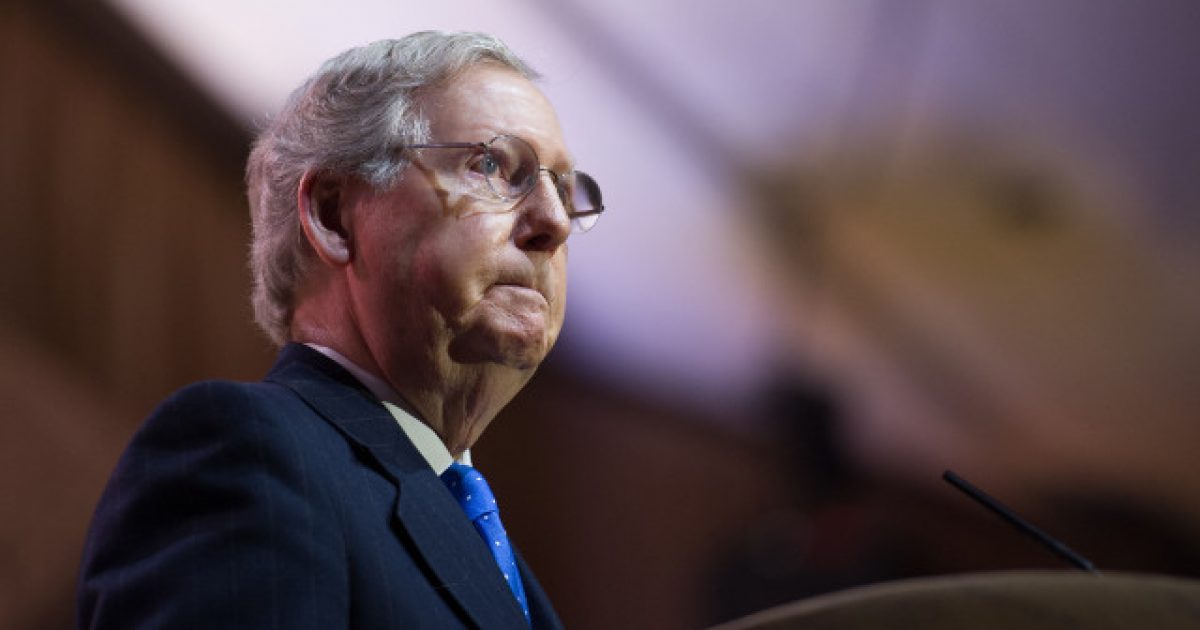 Senate Republicans are due to start looking over a new police reform measures next week that would ban chokeholds and create a national reporting database that would be used as a means of keeping track of use of force and questionable tactics employed by law enforcement officers on the job.

Some folks aren’t too happy with these ideas, such as Senate Majority Leader Mitch McConnell, who announced on Wednesday that he rearranged the schedule in order to consider the reform measures being proposed in the midst of all of the civil unrest going on in our country right now.

One thing’s for sure. That national database certainly raises some concerns over big government having that kind of power and the potential abuses or other creative applications they might be tempted to use such a database for.

The measure would ban federal law enforcement from using chokeholds unless an officer is facing lethal force and it would pull federal funding from local police departments that do not institute a chokehold ban.

The measure would provide federal grants to enable police departments to purchase body cameras and institute penalties for officers who don’t turn the cameras on.

The legislation is authored by Sen. Tim Scott, a South Carolina Republican and African American who has been vocal about his own experiences with racial bias in policing.

Scott has claimed to have been pulled over for what he calls “questionable reasons” while driving in the Capitol by law enforcement professionals who don’t know that he is a senator.

“The George Floyd incident certainly accelerated this conversation and we find ourselves at a place with a package that I think speaks to the families that I spoke with yesterday, who lost loved ones,” the senator said. We hear you. I think this package speaks very clearly to the young person who’s concerned when he stopped Law enforcement officers. We see you.”

One of the provisions of the House bill would bring to an end the practice of no-knock warrants. This would be accomplished by taking away funding from departments that employ the tactic.

No-knock warrants legally allow law enforcement officers to enter a residence without warning. This has led to many violent altercations and unnecessary shootings. And not just of potential criminals, but of unsuspecting residents as well.

Back in March, police in Louisville, Kentucky shot and killed Breona Taylor in her apartment during the execution of a no-knock warrant in the middle of the night. She was unarmed.

Sen. Scott doesn’t want to flat out ban the tactic. He proposes collecting data on it first to see how it is being used. The Senate bill has a provision for the collection of data from no-knock warrants. The provision is named after Taylor.