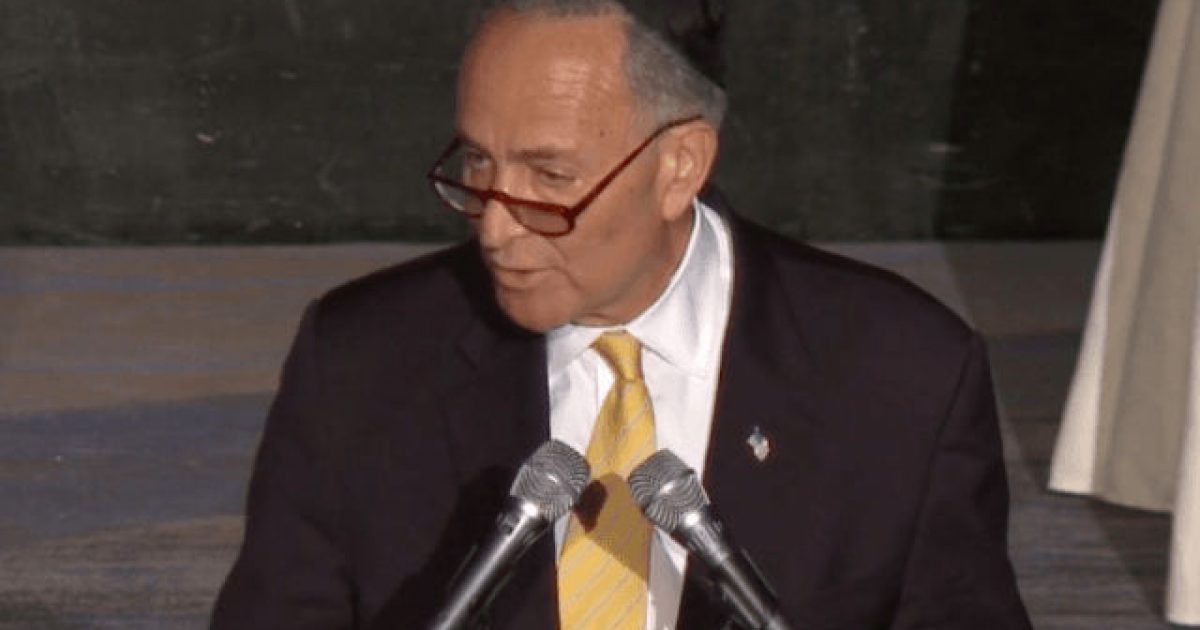 Senate Majority Leader Mitch McConnell was not impressed with Minority Leader Chuck Schumer’s explanation of his extremely controversial comments about two conservative Supreme Court justices, saying it wasn’t much of an apology.

When you see how Schumer responded to the criticism he received over the statements, it’s not an apology at all. It’s nothing but excuses attempting to justify his words.

“Now if that was an apology, it wasn’t much of an apology. He named the justices by name. He used words that generally are associated with inciting violence. Chuck Schumer ought to know better than that,” McConnell told Fox News on Thursday.

At an abortion rights rally on the steps of the Supreme Court on Wednesday, the top Senate Democrat made remarks that many saw as a threat against Justices Brett Kavanaugh and Neil Gorsuch.

After backlash, Schumer retreated from his original remarks, claiming that he misspoke.

“Now, I should not have used the words I used yesterday. They didn’t come out the way I intended to,” he said Thursday. “Of course, I didn’t intend to suggest anything other than political and public opinion consequences for the Supreme Court.”

Schumer went on to say, “I shouldn’t have used the words I did, but in no way was I making a threat. I would never do such a thing.”

Schumer’s words were called “inappropriate” and “dangerous” by Chief Justice John Roberts, and that’s absolutely the truth. There are a lot of unstable people in the liberal movement of today, many of them looking for excuses to be violent toward those who view the world differently than they do.

We saw this play out in the shooting of Rep. Steve Scalise a few years back.

Schumer needs to issue a real apology and condemn violence and threats toward individuals with different political ideology.

Illhan Omar Claims American Power Based On Racism, And Our History ‘Built On The Oppression Of Black Bodies’

Report: Soviet Union Viewed Bernie As Person to ‘Exploit’ to Push ‘Propaganda’ Due to Socialist Views