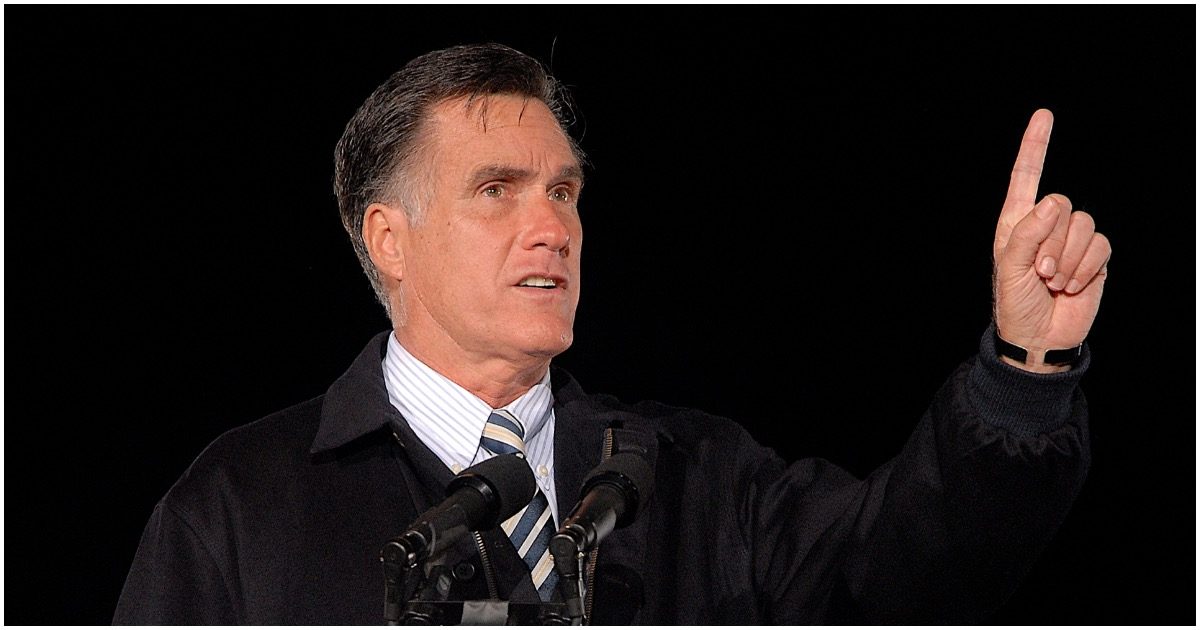 A liberal organization handing over an award to a Republican Senator. Hmmm. What does that tell you about Mitt Romney? It should say everything.

Sen. Mitt Romney (R-UT) was chosen to receive the 2021 John F. Kennedy Presidential Library’s Profile in Courage Award for having been the only Republican to vote in favor of convicting former President Donald Trump during his first impeachment trial.

“The 2021 Profile in Courage Award goes to Senator Mitt Romney for his vote to convict President Donald J. Trump in 2020, and his consistent and courageous defense of democracy,” the JFK Library said. “As the first Senator to have ever voted to convict a President of his own party, Senator Romney’s courageous stand was historic. Despite facing unrelenting criticism and public antagonism following this vote, along with threats to his physical safety and demands that he be censured or expelled from the Republican party, Romney has continued to courageously defend the fundamental principles of democratic governance.”

The JFK Library Foundation announced that U.S. @SenatorRomney (R-UT) will receive the John F. Kennedy #ProfileinCourage Award for his historic vote in the 2020 presidential impeachment trial, and his consistent and courageous defense of democracy.

Had Romney and former Rep. Paul Ryan (WI) defeated Barack Obama and Joe Biden back in 2012, things would’ve been better for Americans. But how much better, considering both Romney and Paul are noted anti-Trumpers?

And since President Trump is vehemently pro-America, what does that say about the current Utah Senator and former Speaker of the House?

Check this out from back in January, via Patriot Gazette:

Video footage surfaced Tuesday evening of Sen. Mitt Romney (R-UT) being confronted with chants of “Traitor! Traitor!” by passionate Americans aboard a passenger plane bound for Washington, D.C. ahead of tomorrow’s STOP THE STEAL rally.

Turn around, Mitt. Go back home!

Warren Gets Blasted By Amazon, Now She Wants to Bring Them Down Because of ‘Snotty’ Tweet

Virtual Education Can Be Devastating to A Kid’s Mental & Physical Health, Per CDC Study