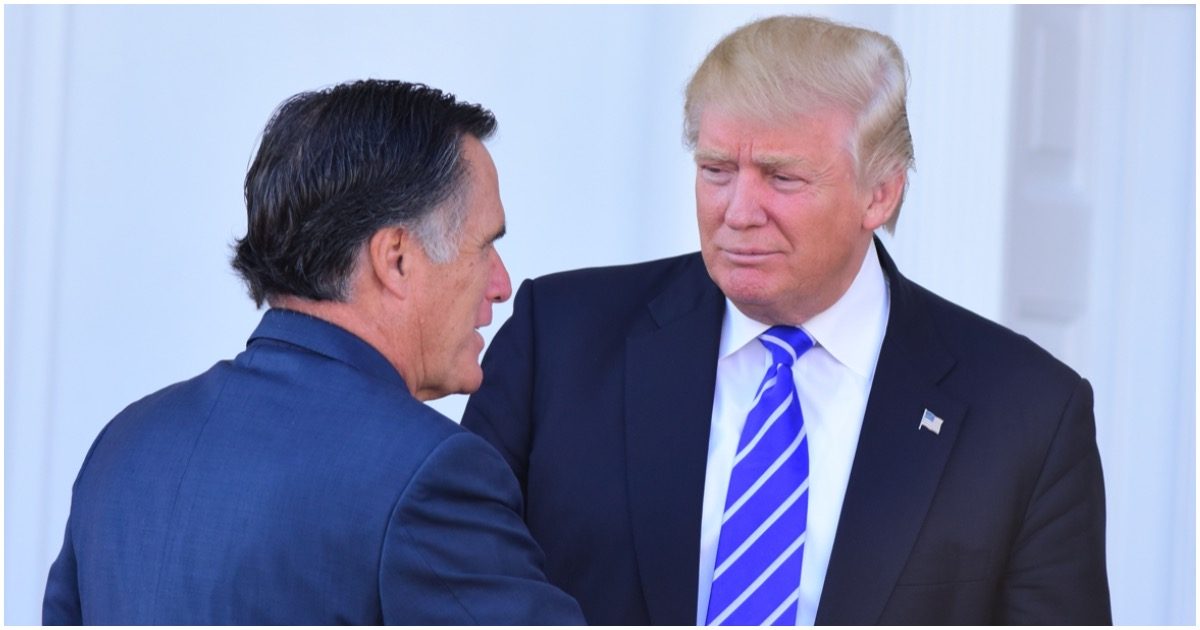 Here’s the latest on the former Massachusetts governor, via MSN:

Sen. Mitt Romney (R-Utah) offered a critical assessment of the federal government’s readiness for the novel coronavirus, describing it as not a “great moment in American leadership.”

Mitt whined, “The speed of our response looked slow compared to other people. That first phase will not stand out as a great moment in American leadership. We didn’t look real strong, and that’s kind of an understatement.”

While Romney said explicitly, “I’m not blaming this administration,” he suggested ways he’d be doing things differently if it were him in the Oval Office, primarily coordinating resources and response through the federal government.

Not long after Trump won the 2016 general election, he had dinner with Romney. Back then, there were rumors that the now-Utah senator might be nominated for secretary of state.

Obviously, nothing ever came of it.

Instead, Mitt continued to wage war with Trump verbally – often siding with Democrats on key issues.

It was reported that Romney was self-quarantining after being near Sen. Rand Paul (R-KY), who tested positive for Coronavirus.

President Trump reacts to the news that Mitt Romney is self-quarantining. pic.twitter.com/FnHutc7xd4

Stacey Abrams On Biden Accuser Tara Reade: Her Allegations Are ‘Not Credible’ (Video)

Fauci: Every Sport Might Be Canceled for the Rest of the Year — ‘We May Have to Go Without’