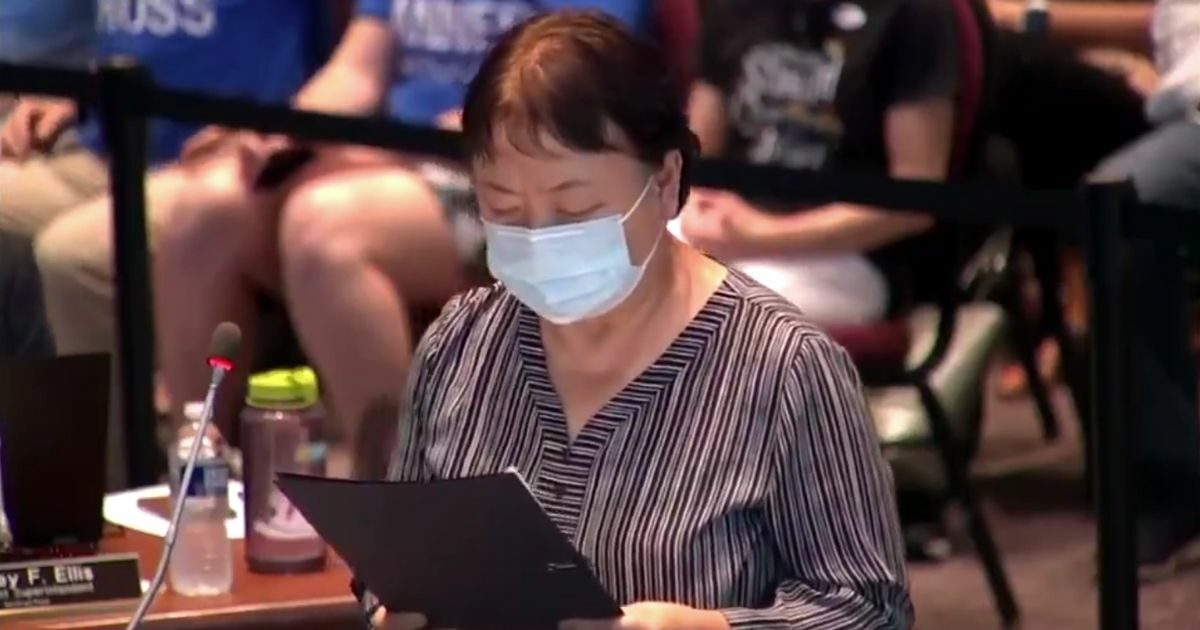 In the ongoing crusade against critical race theory, people like this Virginia mom are essential to the fight.

Xi Van Fleet, a mother who lived through the Chinese Cultural Revolution, tore into a Virginia school board for its support of critical race theory during a meeting on Tuesday, Fox News reported.

Watch a brave parent who grew up in Mao’s China point out all of the identical traits b/n the Cultural Revolution and what LCPS, and really every school system, are doing through the use of CRT. pic.twitter.com/zH7XuyBmW6

Van Fleet, who was just 6 years old when Mao Zedong began his brutal reconstruction of Chinese culture, said during the meeting that she has been “very alarmed” by what schools in the area are teaching.

“You are now teaching, training our children to be social justice warriors,” she continued, “and to loathe our country and our history.”

Van Fleet hit the nail on the head. With school boards not just in Virginia but nationwide promoting critical race theory, it’s safe to say that teachers aren’t being given a curriculum that teaches men and women to love their country.

“Growing up in Mao’s China, all this seems very familiar. The communist regime used the same critical theory to divide people. The only difference is they use class instead of race,” she continued.

“During the Cultural Revolution,” she said, “I witnessed students and teachers turn against each other. We changed school names to be politically correct. We were taught to denounce our heritage.

“The Red Guard destroyed anything that isn’t communist. Statues, books and anything else.”

The Cultural Revolution, which lasted 10 years from 1966 until 1976, took the lives of millions civilians, according to some estimates, and, as Van Fleet said, effectively destroyed any part of Chinese culture that didn’t support the narrative the communist regime had crafted.

Now, she’s accusing this school board of following in its footsteps.

According to Van Fleet, the school board is emulating Mao’s China with programs like the “Student Equity Ambassador Program” and the “Bias Reporting System,” both of which the mother said are “just like” the Cultural Revolution’s call to “report on each other.”

“This is indeed the American version of the Chinese Cultural Revolution,” she said.

“The critical race theory has its roots in cultural marxism. It should have no place in our schools.”

Many have accused leftist promoters of critical race theory of attempting to destroy American culture, attempting to change the names of public schools in order to pander to the woke masses, trying to change the history our children are taught in order to paint America as a villain and claiming unity in their perceived oppression and using it as a scapegoat to destroy America as we know it.

With Van Fleet’s testimony, this claim is only growing stronger. She has seen the destruction that critical theory can bring firsthand, and now that she is seeing another country she loves be dismantled by an almost duplicate ideology, she’s speaking out.

Forget This Alleged Murderer's Record, Look at the Chilling Record of the Judge Who Set Him Free