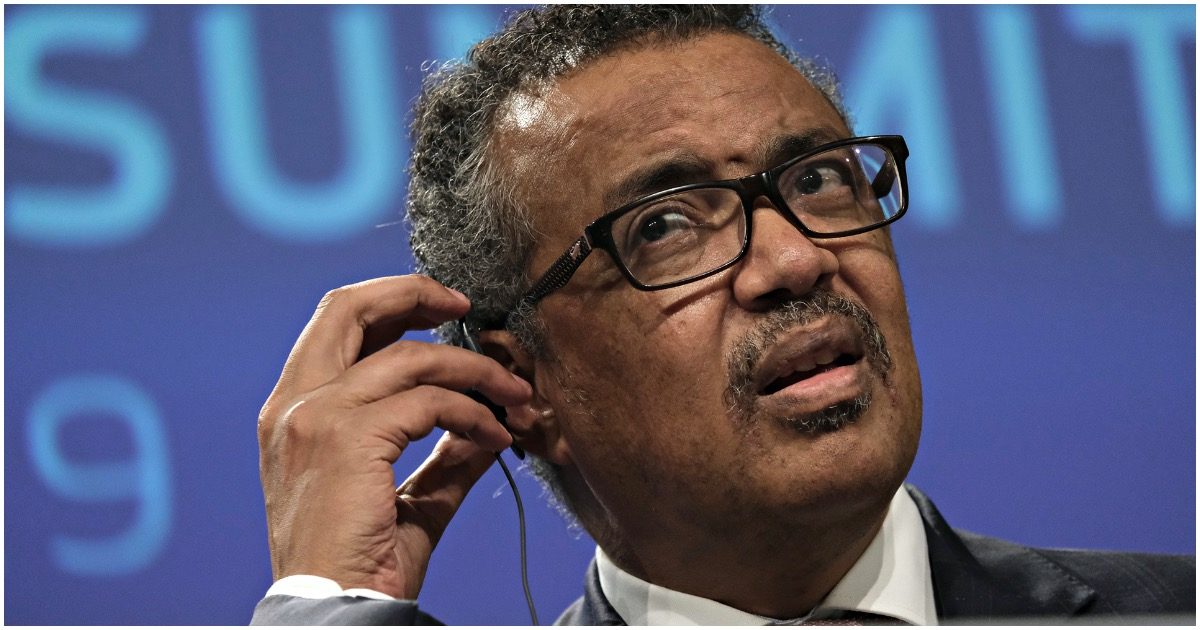 The World Health Organization (WHO) was 100% complicit. They obeyed the orders of the Chinese government. China knew they messed up from the start, yet had the audacity to later blame America.

That official’s account confirms aspects of Newsweek’s reporting, which cited a CIA report stating that China urged the WHO not to declare the pandemic a global health emergency.

The WHO, the health arm of the United Nations, was supposed to decide on Jan. 22 whether to declare a global health emergency, but WHO Director-General Tedros Adhanom Ghebreyesus ended up delaying the decision until the next day.

Tedros spoke with China. Then, this happened…

The next day, the WHO opted not to declare a global health emergency. “I am not declaring a public health emergency of international concern today,” Tedros, who won his position in 2017 with China’s backing, said on Jan. 23.

Ultimately, WHO didn’t declare an emergency until the very last day in January.

Of course, the entire world knows COVID-19 came from a lab in Wuhan. But don’t tell that to liberal reporters.

They’ll look the other way.

Here’s yet another example of why the American people can never trust the mainstream media.

NBC's @KeirSimmons says that China "helped" the world by "delaying" the spread of coronavirus and that it is now "worrying that they may get re-infected…from the rest of the world"pic.twitter.com/WSkmGctnmt

You’ve gotta be kidding— @nbc tells of how China may have “helped” the world on Coronavirus. This is blatantly false & delusional propaganda. The CCP covered up the outbreak for months, endangering millions. Our media shouldn’t value Chinese govt $$ more than truth. https://t.co/Dgy8s2Z4Tj

Biden: We Have Lost the ‘Lives of Millions of People’ Because of Coronavirus Pandemic