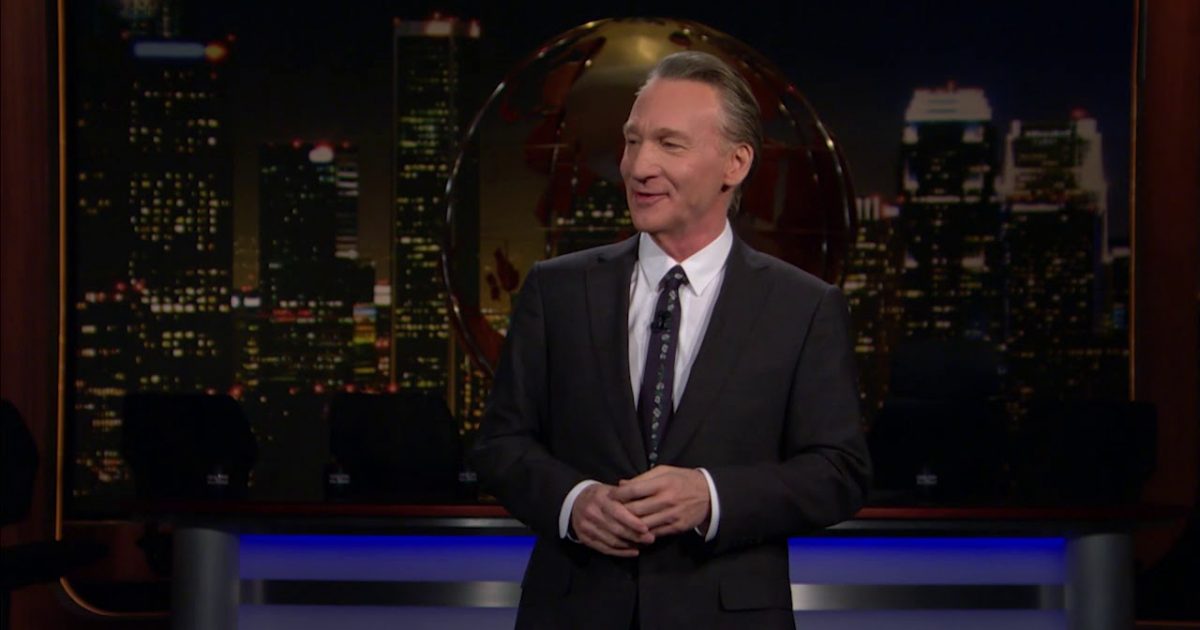 On the heels of Ralph Northam’s latest fiasco, now it seems as though television host Bill Maher stepped in the figurative mess himself…and deeply.

Northam’s saga continues to unfold this weekend after the Virginia Governor was shown in a photograph either wearing blackface or under the traditional white hood of a Ku Klux Klan member.  The photo is a bit difficult discern due to age, but Northam has apologized for being a part of the picture…before then turning around and daring someone to prove it, but in a bit more diplomatic language.

Now, hot on the heels of this latest leftist prejudice, HBO’s Bill Maher is coming under fire for his own racist behavior.

Leftist comedian and HBO host Bill Maher is once again facing a barrage of criticism after making a racist joke to Rep. Will Hurd (R-TX) about black people and fried chicken.

The Texas Republican appeared on the Real Time on Friday evening to discuss the ongoing battle over the construction a wall on the southern border, an idea he opposes, leading Maher to ask why he continues to side with the “traitor” President Trump.

“I’m a Republican because I believe in limited government,” Hurd explained.

“I’m just asking why you’re Republican? Because they’re not good at the debt, that was their big thing. You said limited government, they don’t do that,” Maher contested “What’s in it for you? What is in the Republican Party for you? You were in the CIA!”

“I was in the CIA for almost a decade. I was the dude in the back alleys at four o’clock in the morning collecting intelligence on threats to the homeland.”

“That’s where you’d collect it, huh?” Maher responded. “Wow. By the Popeyes Chicken?”

The reference to fried chicken is inherently racist, and Bill Maher certainly knows it.

The fact that Maher chose to go there says quite a bit about the liberal philosophy of “do as I say, not as I do”.