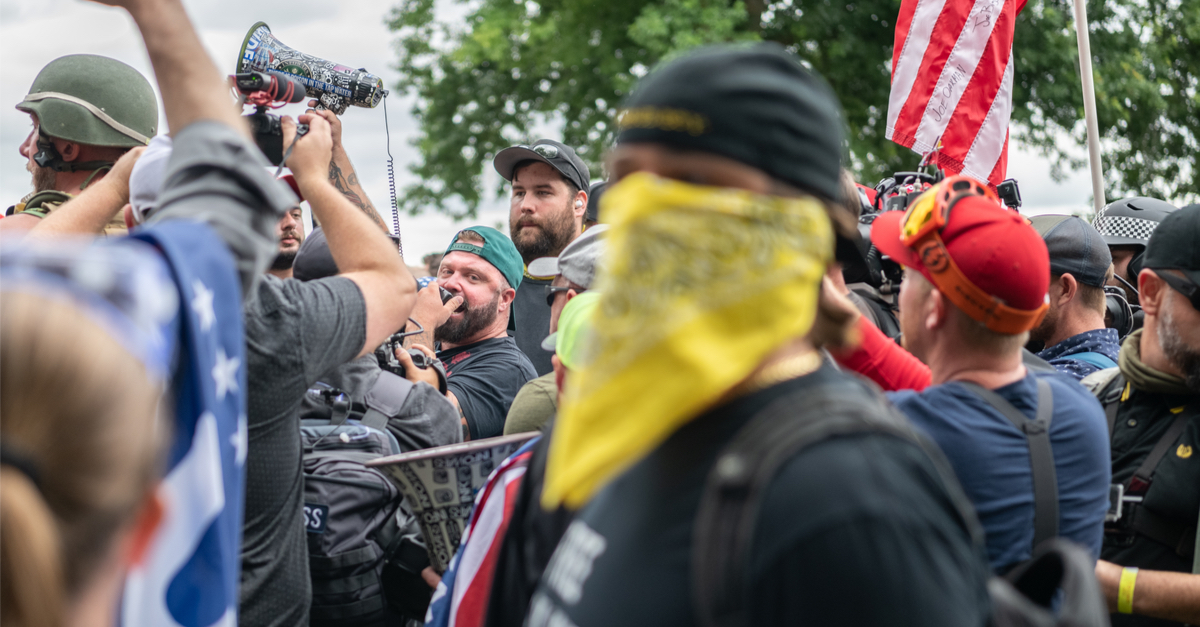 With well over 400 defendants already deep in the judicial process, and likely several hundred more to come, the adjudication of the attempted insurrection of January 6th still has a long way to go, and the route is almost certainly going to be filled with twists and turns.

For instance, the disparity of the charges that these would-be usurpers face.  Some will be handed probation for trespassing or other misdemeanors, while others will almost surely find themselves looking at serious jail time for aggravated assault, battery, and perhaps even manslaughter.

But those who arrived at the steps of the Capitol as part of an organized group are also facing another heavy-duty charge:  Conspiracy.

An Oath Keeper on Tuesday became the latest member of the right-wing group charged with conspiracy for his alleged role in the attack on the U.S. Capitol, as more than 535 people have now been arrested for joining in that deadly violence.

The FBI said about 40 people, including members of the Oath Keepers, Proud Boys and Three Percenters, face conspiracy charges related to the Jan. 6 riot, when hundreds of supporters of then-President Donald Trump stormed the Capitol in an unsuccessful attempt to stop Congress from certifying his election defeat.

Tuesday marked six months since the assault, which the FBI said has also led to more than 165 arrests of people on charges of assaulting, resisting or impeding police officers and other employees of the Capitol, including 50 charged with using a deadly weapon or seriously injuring a police officer.

There has been little mercy thus far.

Federal prosecutors said David Moerschel, a 43-year-old alleged Oath Keeper from Punta Gorda, Florida, had been arrested and charged with federal crimes including conspiracy and obstruction of an official proceeding.

Separately, U.S. District Judge Royce Lamberth rejected a bid to release accused rioter Jacob Chansley, nicknamed the “QAnon Shaman,” saying his defense attorney had not provided any evidence that he should not be detained as he awaits trial.

The story of the January 6th insurrection has yet to be fully told, and these court cases, along with whatever partisan probes we see in Washington, will continue to fill in the blanks over the course of the next several months.