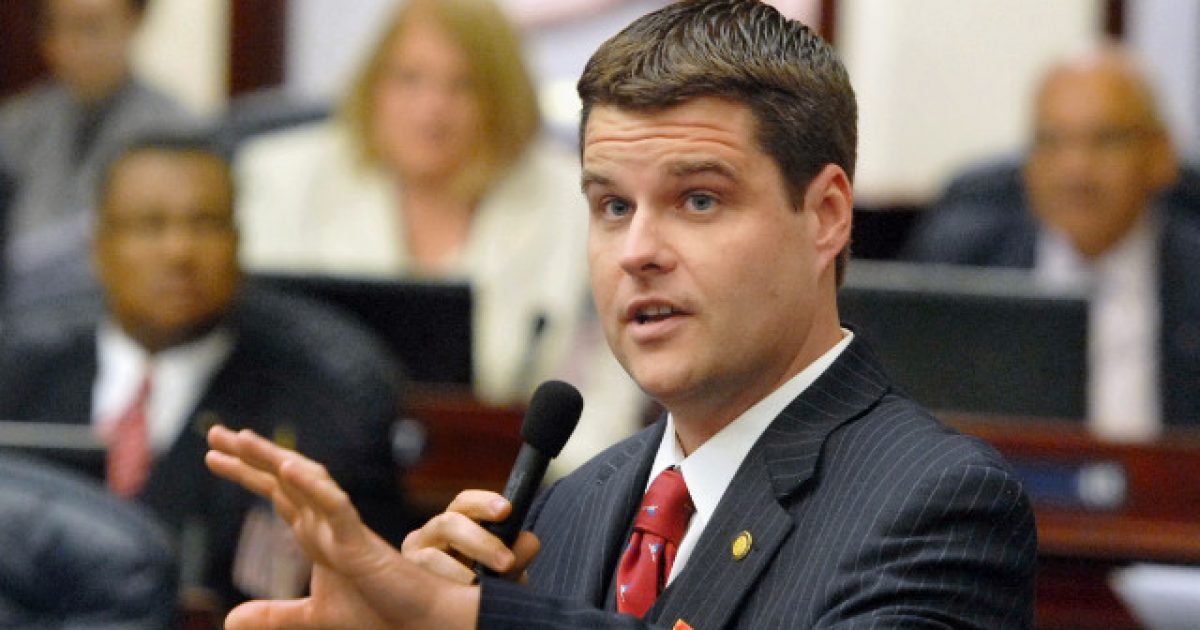 Congressman Matt Gaetz has found himself in the scandal to end all scandals here in 2021, and things aren’t trending in the right direction for the Florida lawmaker this week.

The ins-and-outs of the affair are a bit difficult to follow, but the sheer number of disparate storylines involved is enough to make even the most imaginative true crime writer roll their eyes.  There are claims that Gaetz was paying for underaged escorts, and that a man asked Gaetz to help him find a long-lost service member.  That request somehow turned into an extortion racket worth $25 million or so…and that’s not nearly the end of it.

Gaetz has categorically denied any wrongdoing, (as any sane politician would), but now there appears to be a new wrinkle in his plan:  His buddy is ready to squeal.

Joel Greenberg, a former Florida official ensnared in the federal probe into Rep. Matt Gaetz, is expected to plead guilty to criminal charges next week — potentially spelling trouble for the embattled Republican congressman.

Greenberg, 37, will appear in federal court in Orlando, Florida on Monday, for a change of plea hearing, according to court documents.

The plea deal will resolve some of the charges against Greenberg, a former Seminole County tax collector who has been accused of sex trafficking of a child, aggravated identity theft and wire fraud.

Greenberg had been working for weeks toward a deal with federal prosecutors.

This could set Greenberg up for an interview with the Department of Justice, who are also taking a good, hard look at what exactly the Congressman’s culpability is in all of this.