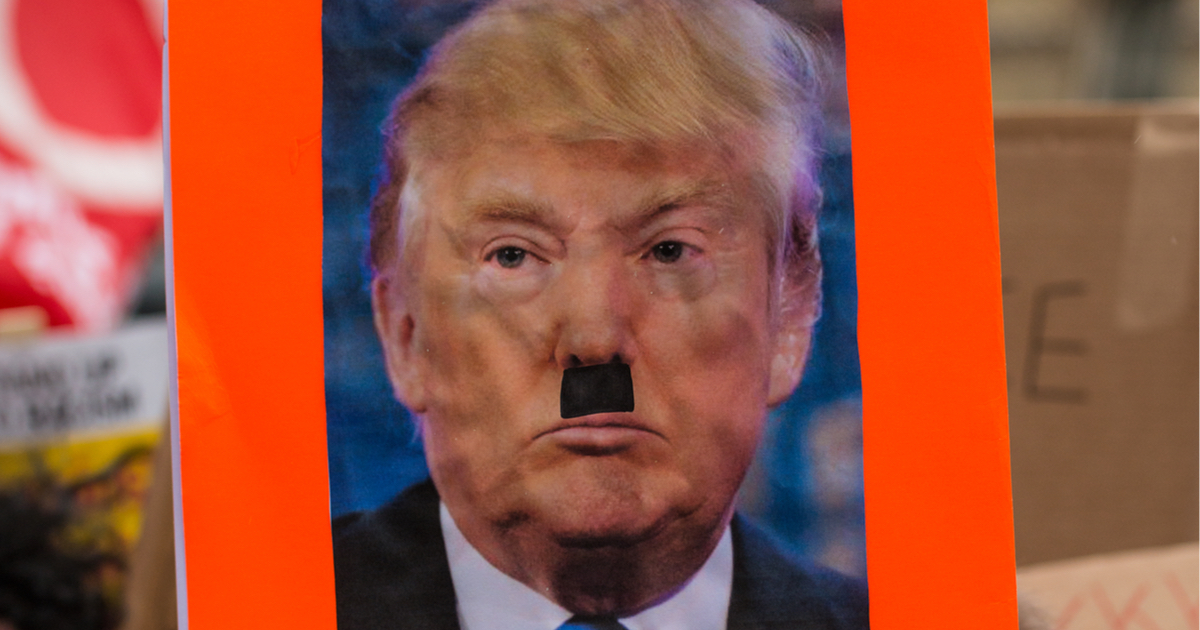 Let me set the record straight right off the bat:  Trump, nor any other politician alive today, is Adolph Hitler.

This reality exists despite the current political melodrama in America where everyone that you don’t agree with just has to be the next Hitler.

For those of us who’ve read the children’s story The Boy Who Cried Wolf, there are understandable concerns about this hyperbole, for if anyone whose hatred and power ever approached that of das fürher,  we would be far too jaded to react.

Donald Trump has been the latest and most prevalent target of this hyperbolic hoax in which the “resistance” and other opponents attempt to draw comparisons between the long-dead scourge of Europe and the NYC businessman-turned-President.

In Nevada this week, the anti-Trump forces even donned swastikas in order to attempt to paint the President in a negative light.

A group of protesters — at least one of whom was wearing a swastika T-shirt — interrupted President Donald Trump’s address to the Republican Jewish Coalition (RJC) on Saturday before being ejected by security.

The demonstrators clambered on top of their seats in the ballroom at the Sands Expo and began chanting slogans against the Israeli “occupation” of the West Bank. (Israel considers the area, which Jews calls Judea and Samaria, to be “disputed,” not “occupied.”)

At least one of the protesters, who happened to stand up a few rows in front of this reporter, was wearing a t-shirt emblazoned with a swastika — perhaps intended ironically, since some of the protesters unfurled a banner against “white nationalism.”

And while the concerns over finding ourselves desensitized by all of this “Hitler talk” are valid, there is another issue that needs addressing as well:  The fact that these continued comparisons to Hitler and the Third Reich are diluting the evils of The Holocaust, and right offending those whose family and loved ones were, and in some ways still are, affected by the atrocity.