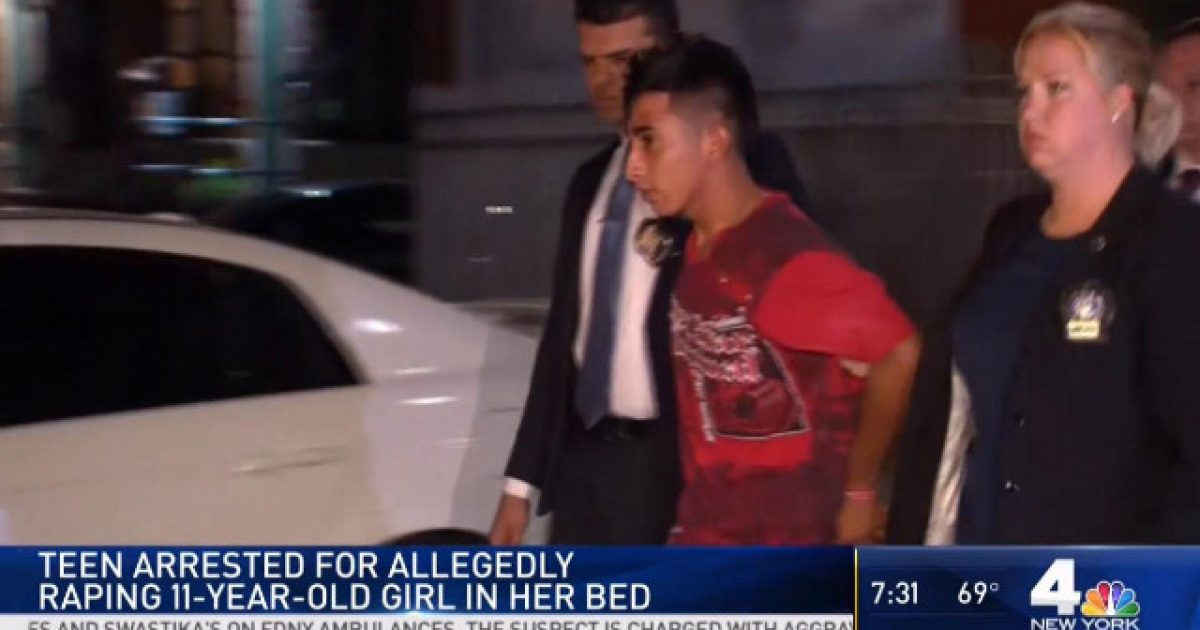 Remember awhile back when President Trump made a remark about folks belonging to the MS-13 gang being “animals,” and the left actually got angry over that and started coming to their defense over it?

Well, the following story gives you a snapshot of the kind of degenerates liberals were defending.

Apparently a suspected member of the MS-13 gang broke into an apartment in the Bronx and raped an 11-year-old girl while she was asleep in her bedroom.

Now tell us all again, Mr. Liberal, how the individual responsible for this barbaric act is not an animal?

The crime happened around 11:30 p.m. Wednesday in Prospect-Lefferts Gardens, police told the news outlet. The suspect was identified as El Salvadoran immigrant Julio Cesar Ayala, 18, who lives nearby. Ayala allegedly climbed onto the roof of the girl’s apartment building, pushed aside an air conditioning unit in a window and crawled in through the opening, according to police.

Then he raped the girl in her own bed.

Ayala allegedly rushed back through the opening as the girl screamed for her mother. The mother called 911 but was unable to get a good look at her daughter’s attacker, according to the report.

Police hunted him down by using images captured by video surveillance cameras.

A total of about 30 officers from the NYPD Emergency Service Unit and the 70th Precinct found Ayala at his hideout located in an under-construction three-story building at 930 Flatbush Avenue.

Ayala had a federal permanent resident card, also known as a Green Card, as his only identification, according to the report.

This sort of behavior is typical of the MS-13 gang, which is one of the reasons why President Trump has been so adamant about calling for stronger border control.

And yet, despite all of the evidence that demonstrates the sort of sickening things this group is known for, the left still defends them and their right to live in this country. It’s deplorable to say the least.

Yet more proof that liberalism is morally bankrupt.