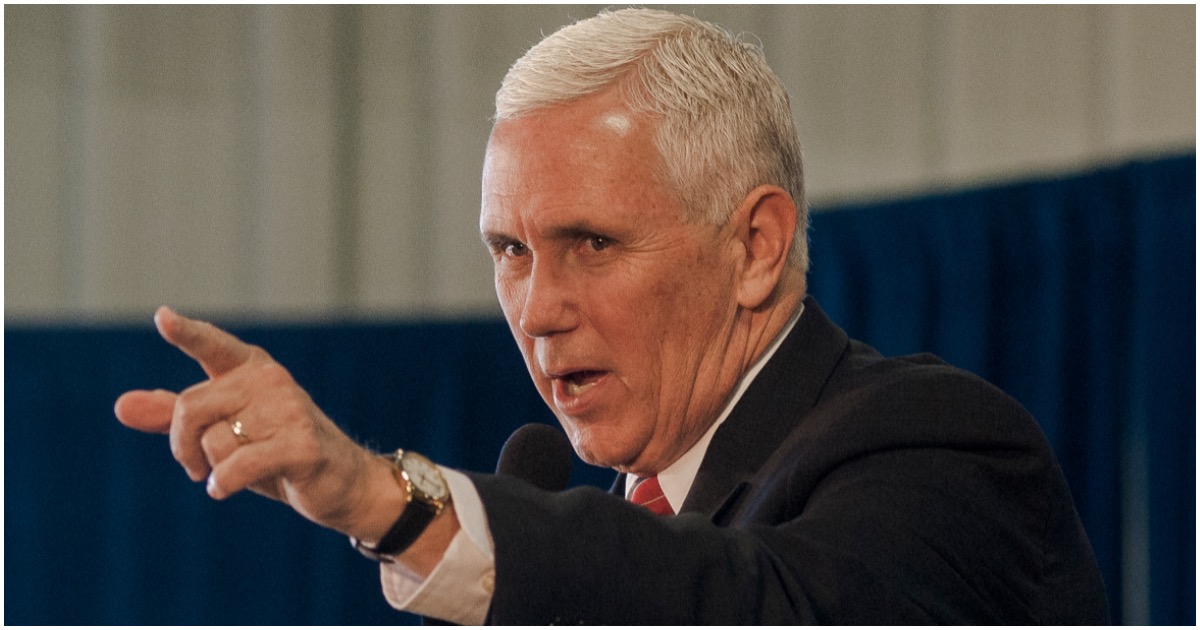 The derangement syndrome has hit its peak.

Pence and Trump sat down with Senate Minority Leader Chuck Schumer (D., N.Y.) and House Minority Leader Nancy Pelosi (D., Calif.) at the White House, where they met to negotiate terms of a spending bill to avoid a government shutdown .

MSNBC is pretty perturbed that President Trump is considering “six white guys” for his next chief of staff, following the departure of John Kelly at the end of the year.

MSNBC hosts Stephanie Ruhle and Ali Velshi bemoaned the White House’s shortlist of potential candidates to be the next chief of staff being “all white guys.”

Ruhle: “You and I talk about business all the time. That’s a major position, and the six people that they have put out that are short-listed, are all white guys. I cannot think of one single public company right now, that if they had an open senior position like that or a board seat, you would never in 2018, say that the short list is one, two, three, four, five, six white guys.”

Want to know a secret?

Barack Obama had four chiefs of staff. All were white men.

A CNN host asks Colorado Governor John Hickenlooper (D), who is considering running for president, if America needs a “white guy” in the White House come 2020.

CNN host Alisyn Camerota asked Colorado Gov. John Hickenlooper (D.) if 2020 is the right time for him as a “white guy” to run for president.

Camerota: “You know the debate that the Democratic Party is having right now. Is it time to have somebody of color and a woman and somebody younger or somebody more establishment?”

“I think the Democrats across the country are going to help decide that. I’m not sure it’s clear what is exactly needed. But I do know there are a lot of strong options, and that list shows the strength of the Democratic Party. They’re people from all walks of life.”