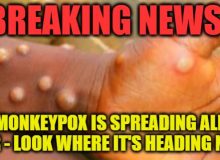 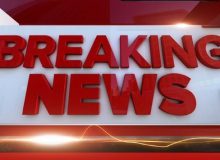 The world now knows that “Empire” actor Jussie Smollett was charged with a felony and arrested by the Chicago Police Department.

He orchestrated a hate crime against himself because he was upset with his pay on the show ($65,000 per episode) and that he was soon going to be written off.

It is now possible he’ll do time behind bars.

MSNBC decided to give a guest time to speak on how he thinks Smollett was framed by Trump-supporting cops.

Even after all the evidence we’ve seen? Wow.

MSNBC finally got around to covering the scandal surrounding “Empire” star Jussie Smollett and allowed a guest to float a theory that Trump-supporting cops are lying about the case.

“It was incredibly shocking on day one to see the police department call it a racist and homophobic attack,” Stafford said. “As someone that has been investigating these for years in Chicago, that was really unprecedented… people in the background were worried they were leaning into this victim part of the story because they didn’t believe him and they wanted to use it against him at the end, when they were able to prove that he was lying.”

“The police were openly confirming and not confirming certain reports and not doing it to other parts of the story, due to the vocal nature in this case, it was really peculiar,” Stafford said. “People have a lot of reason to not trust them… a deep history of openly lying to citizens. This police department did, in 2016, openly, through their union support Donald Trump.”

He said that since the case focused on alleged attackers wearing Trump hats and shouting “MAGA country,” there are grounds to question if the police are being truthful.

MSNBC is a much funnier network than Comedy Central. They know what makes people laugh and constantly deliver the goods.

What’s weird is how their ratings never surpass Fox News.

“This is the first time that we have Ivanka—which is like the only kid he likes—in the crosshairs.She apparently, according to these reports, was involved with overcharging the inaugural committee, and somebody had to tell her: this is going to look bad when we get audited. For a long time I thought that the only way we are really going to get to Trump is if you go after his kids. If you put the kids in legal peril, that’s the only thing that’s going to shock him out of his lying, deceitful, cocoon. And this could be the way to do it.“

Navy Desertion Absolutely Exploded as Soon as Biden Took Office - Have Our Men in Uniform Lost Confidence in POTUS?

The United States Navy has been plagued with an epidemic of desertions since President Joe Biden took office.
By Richard Moorhead, The Western Journal  June 24, 2022 Comment MoreShare

Understanding the profound truths of Scripture will mature your faith and strengthen your conscience, thinking and actions.
By Ralph Drollinger, The Western Journal  June 24, 2022 Comment MoreShare

Biden has a new plan to lower gas prices, but politicians from both parties have taken issue with the idea.
By Grant Atkinson, The Western Journal  June 24, 2022 Comment MoreShare

New ads from Oz's campaign after his victory in the primary did not include pictures, videos or references to Trump.
By Andrew Jose, The Western Journal  June 24, 2022 Comment MoreShare

Biden Points and Says 'That Guy' Is the CDC Director, But There's One Major Problem

While trying to tout vaccines for children under the age of five, Biden instead had a major gaffe in front of everyone.
By Grant Atkinson, The Western Journal  June 24, 2022 Comment MoreShare

The former president's potential plans for 2024 already have American politics on edge. This answer is going to push that even further.
By Samantha Chang, The Western Journal  June 24, 2022 Comment MoreShare

GOP senators like Tom Cotton of Arkansas and Marsha Blackburn were furious, calling the bill an attack on 'law-abiding' gun owners.
By Jack Davis, The Western Journal  June 24, 2022 Comment MoreShare

Trump isn't holding back on Liz Cheney, one of Nancy Pelosi's token Republicans on the Jan. 6 committee.
By Richard Moorhead, The Western Journal  June 23, 2022 Comment MoreShare
Next