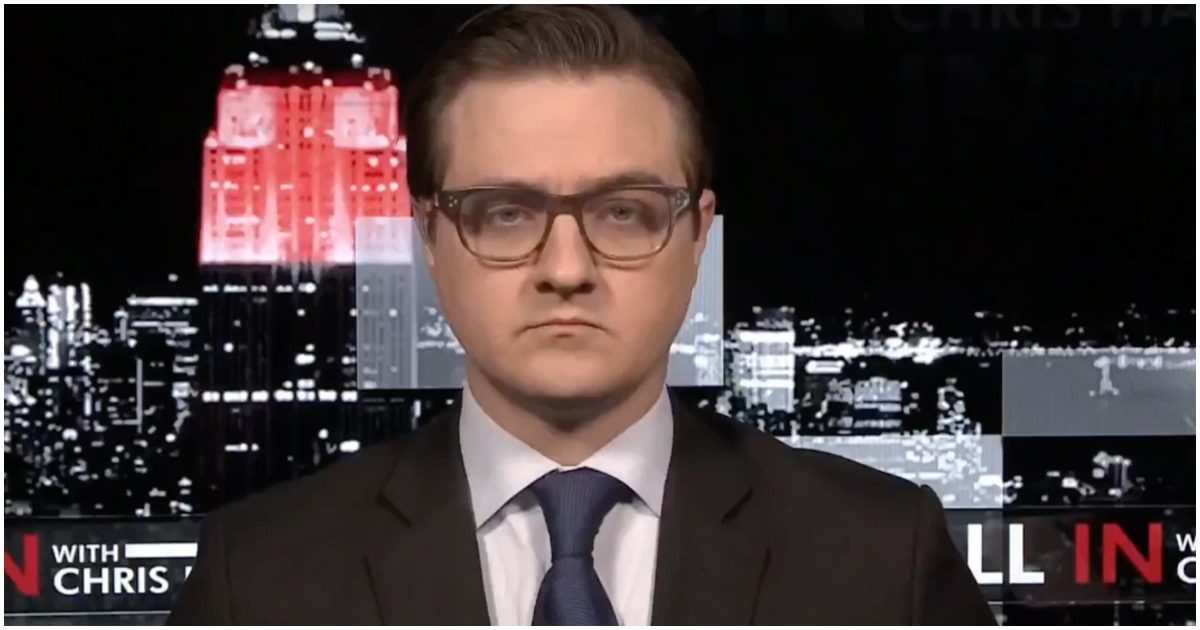 MSNBC continues to lead the way when it comes to far-left anchors making ridiculous statements. Of course, the men and women at CNN, ABC, CBS, NBC, and nearly every other network in the nation aren’t far behind.

On Thursday, Chris Hayes came up with a conspiracy so nutty that even he should be appalled with his words.

This week, the Trump administration lowered the number of projected COVID-19 deaths to approximately 60,000, a far cry from the original death count of 100,000 to 200,000. According to MSNBC host Chris Hayes, the original projections may have been a conspiratorial ploy to make President Trump look like a hero.

For that theory to have any sway, it would have to explain why on earth President Trump and his team would put out an inflated number, scare the living daylights out of people, and grind the economy to an utter standstill just so he can take a “victory lap” on top of a pile of economic destruction. It would also have to account for the dozens of experts who pushed those numbers long before the Trump administration instituted the social distancing guidelines.

The most cynical interpretation of all this, one I can't quite bring myself to accept, is they rolled out the model showing 100k deaths after they knew it would be less than that so they could anchor everyone to that # and take a vicotry lap when "only" tens of thousands died. https://t.co/hYiUCHhO5g

PRESIDENT TRUMP: "Student loan payments have been waived for 6 months, and we'll discuss it after that. May go further." pic.twitter.com/FrgYrH5VCo

The Marlins have donated authentic jerseys, uniform pants, and t-shirts to source the production of 7,500 masks for the South Florida community. #JuntosMiami #WRECares pic.twitter.com/Oq3cs8rqMU

Wimbledon Has Been Paying Pandemic Insurance For The Last 17 Years And Is Cashing In On a $141 Million Payout Because Of Coronavirus https://t.co/tKh7KWSpuQ pic.twitter.com/524Wzy3oed

Earlier today, President @realDonaldTrump spoke with hundreds of mental health leaders and advocates to discuss their vital work during the Coronavirus outbreak. pic.twitter.com/rRuE1vN7si

One hundred Italian doctors have died of coronavirus https://t.co/v5Z74odcjE

Fake News Jim @Acosta complains about being tested for #coronavirus!

Jim, you are sitting in the SAME ROOM as the President Of The United States!

Our great President @realDonaldTrump has PERFECT health and we intend to keep it that way for many more years! pic.twitter.com/BI4FY3ilQ9

We’ve had at least 33 bookings on @CNN in the past month, including with health professionals. As usual, CNN is more #FakeNews. https://t.co/kBs0JJ4csO

A Scientific Journal Apologizes for Associating COVID-19 With China, Where Virus Started