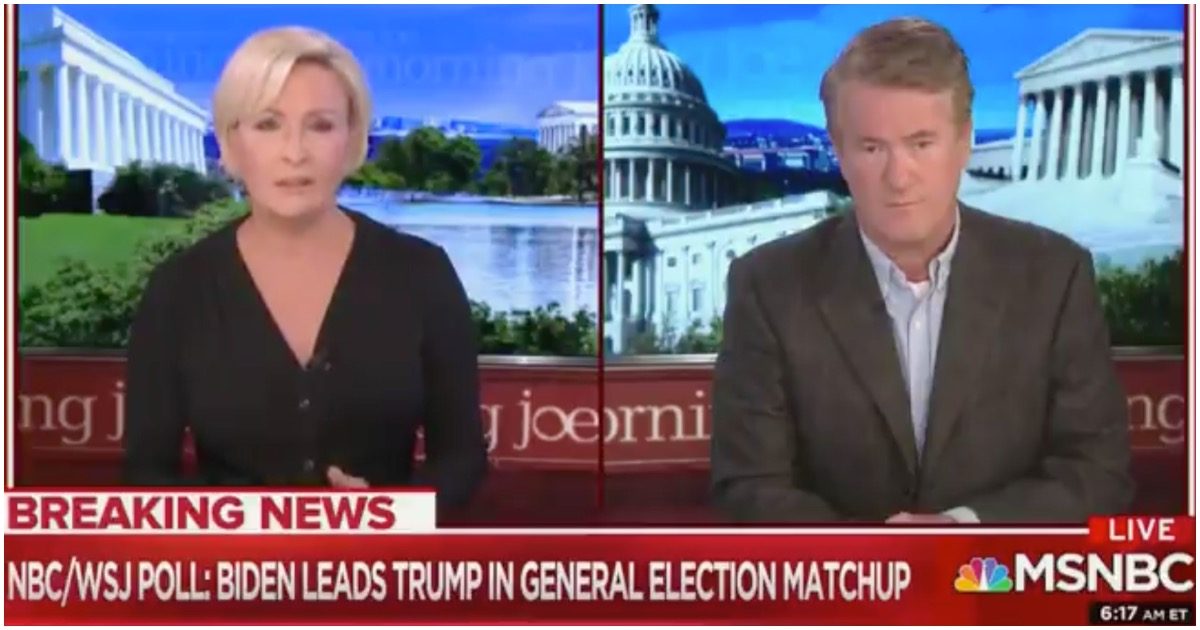 MSNBC’s Mika Brzezinski is absolutely hilarious. It’s really surprising that Netflix has yet to sign her to a comedy special. Maybe one day.

Trump, apparently, didn’t see coronavirus coming – despite mentioning it in the State of the Union address on February 4 – but Biden did.

.@morningmika on polls showing Biden leading general election matchup: “What you see here is that Joe Biden is careful with his words.”

Unlike Trump, Biden saw Coronavirus “coming like a steamroller” back in Jan. pic.twitter.com/9L5u57Ujbp

MSNBC’s “Morning Joe” host Mika Brzezinski suggested President Trump has a “financial tie” to hydroxychloroquine on Monday because he has repeatedly promoted the drug as a possible treatment for coronavirus.

Co-host Joe Scarborough pondered aloud why Trump has “pushed an unproven drug” when Brzezinski made the claim.

Mika Brzezinski: Trump must have "financial tie" to someone that leads him to promote hydroxychloroquine.

Mika's allegation is tantamount to an accusation that Trump is on the take.#tcot @MorningMika #Hydroxychloroquine @realDonaldTrump #coronavirus @JoeNBC @Morning_Joe pic.twitter.com/ry1GDTrKeg

The View’s @Sunny Hostin suggests Trump has a financial interest in the non-patented drug hydroxychloroquine: "let’s face it, there’s always something in it for this president when he wants to tout something." pic.twitter.com/tttZSx9C0N