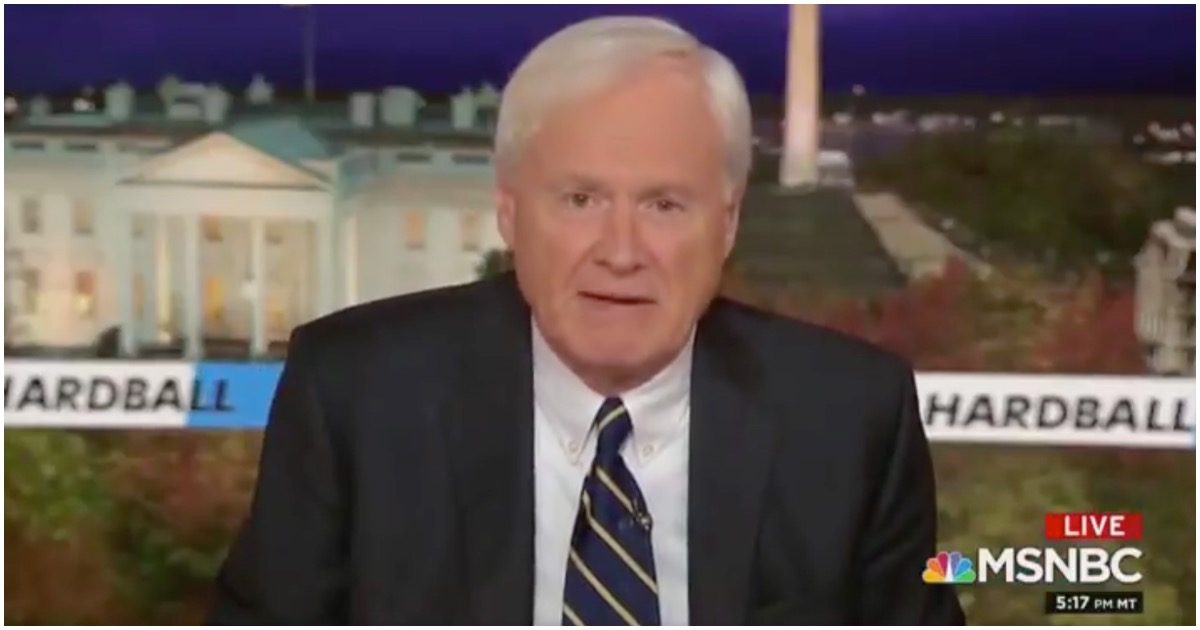 It takes a very special kind of person. You have to be unbelievably jacked up in the head to think your nation’s leader is a bad man for taking out the man regarded as the world’s baddest man.

MSNBC’s Chris Matthews is as deluded as it comes when talking about the Trump administration because the man doesn’t understand what it takes to run a rugged nation. Chris is soft.

Sorry, I’ve been watching a ton of battle raps on YouTube.

At the end of the day, Matthews continues to prove he’s softer than “You” watching Netflix. Did that even make sense? I don’t even care because neither do liberals. And that’s how I exit. From Daily Wire:

Chris Matthews on Soleimani strike: Trump is “an assassin” pic.twitter.com/m9K4WhKt7J

To him, when Trump says Baltimore needs to clean up its mess he’s talking about black people.

This is the liberal mind, folks. They are all cuckoo for Cocoa Puffs.