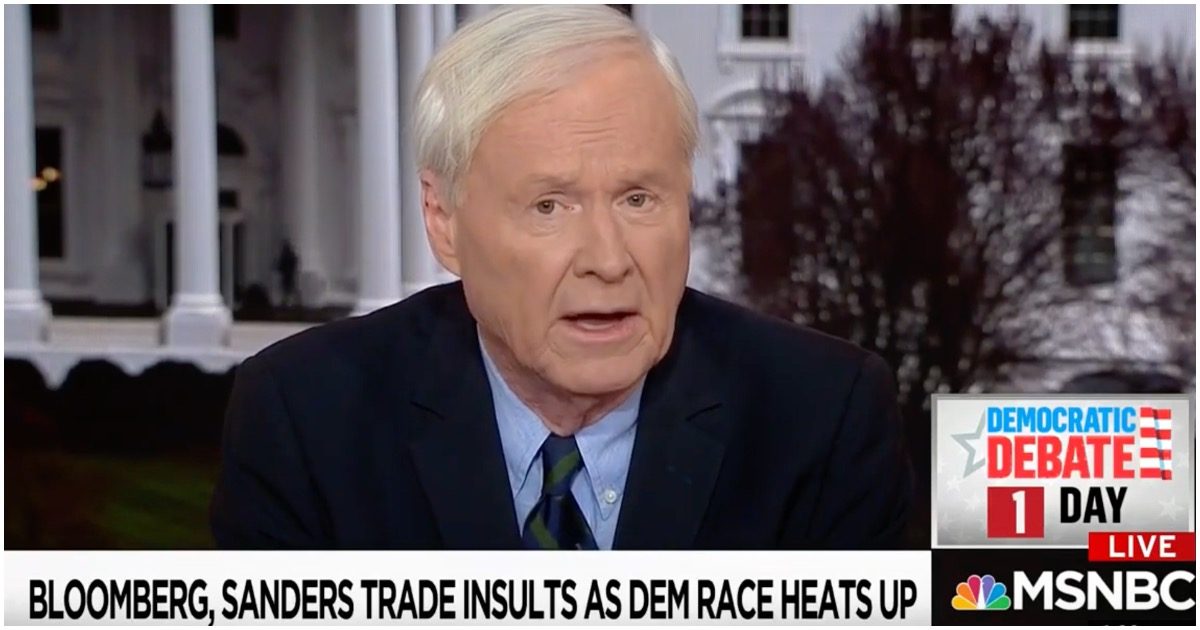 MSNBC’s Chris Matthews has been warning Democrats for a little while now. None of them seem to be listening, though. The radically far-left TV host is saying that if Senator Bernie Sanders (VT) becomes the liberal party’s nominee, Trump wins a second term in the White House. Period.

And he won’t just win the general election by a slim margin, either. Nope. Trump will win in an absolute landslide. His words. Check it, via Daily Wire:

Matthews wants California Rep. Adam Schiff (D) to get into the race. That’s how desperate they’re getting.

Here’s more of his rant…

These MSNBC hosts may laugh, but Chris Matthews is a reminder that this is not your father's Democratic Party

The Democratic Party used to know exactly how dangerous socialism is

Instead, tonight we saw almost every 2020 Democrat say they would support a socialist for President pic.twitter.com/3RmLnAKobO