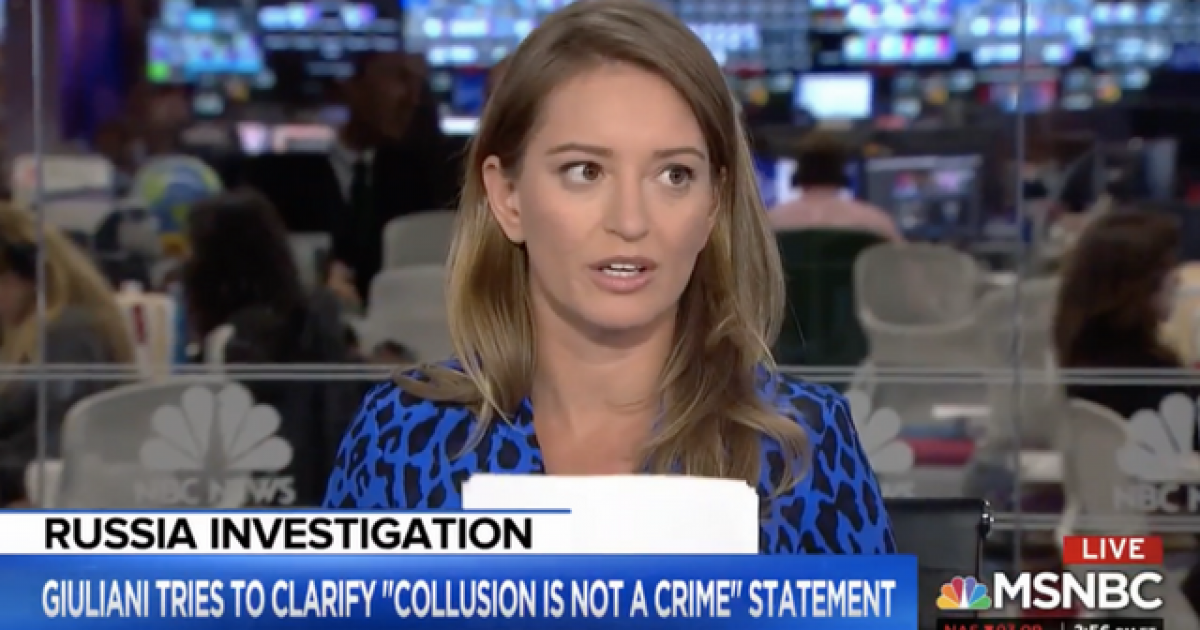 They try so hard to sound official and credible, but their pesky little habit of just making stuff up on the spot can sometimes get the better of them.

Especially when they do so in front of people who actually know what they’re talking about.

The MSNBC host Katy Tur had her own little Alexandria Ocasio-Cortez moment on Monday when she made a claim she either had taken for granted or made up on the spot, that Republicans had been opposed to arming Ukraine against Russian-backed separatists.

You know, because Trump-Russia…or something.

“At the Republican National Convention, the Republican party decided not to arm Ukraine,” she said, although, unfortunately for the narrative Tur was trying to push, she was speaking to someone who actually knew what they were talking about, i.e. Trump campaign aide Sam Nunberg

“But Ukraine is armed today, Katy. They are armed now,” Nunberg retorted.

This obviously caused a glitch in Tur’s little Trump-Russia Matrix, forcing her to say “I don’t know” before saying goodbye to her guests.

The Trump administration and Republicans in Congress have, in fact, strongly supported arming Ukrainians, as even Tur’s fellow journalists (I’m using that term lightly) at the Washington Post admit:

Administration officials confirmed that the State Department this month approved a commercial license authorizing the export of Model M107A1 Sniper Systems, ammunition, and associated parts and accessories to Ukraine, a sale valued at $41.5 million. These weapons address a specific vulnerability of Ukrainian forces fighting a Russian-backed separatist movement in two eastern provinces. There has been no approval to export the heavier weapons the Ukrainian government is asking for, such as Javelin antitank missiles.

So you’re telling me Trump was all about arming Ukrainians pushing back against Russian aggression, while Obama did nothing?

The Latest Member of the Intellectual Dark Web…Will Smith?

Charles Koch Issues Warning to GOP Candidates. Steve Bannon Had a Few Words of His Own in Response.