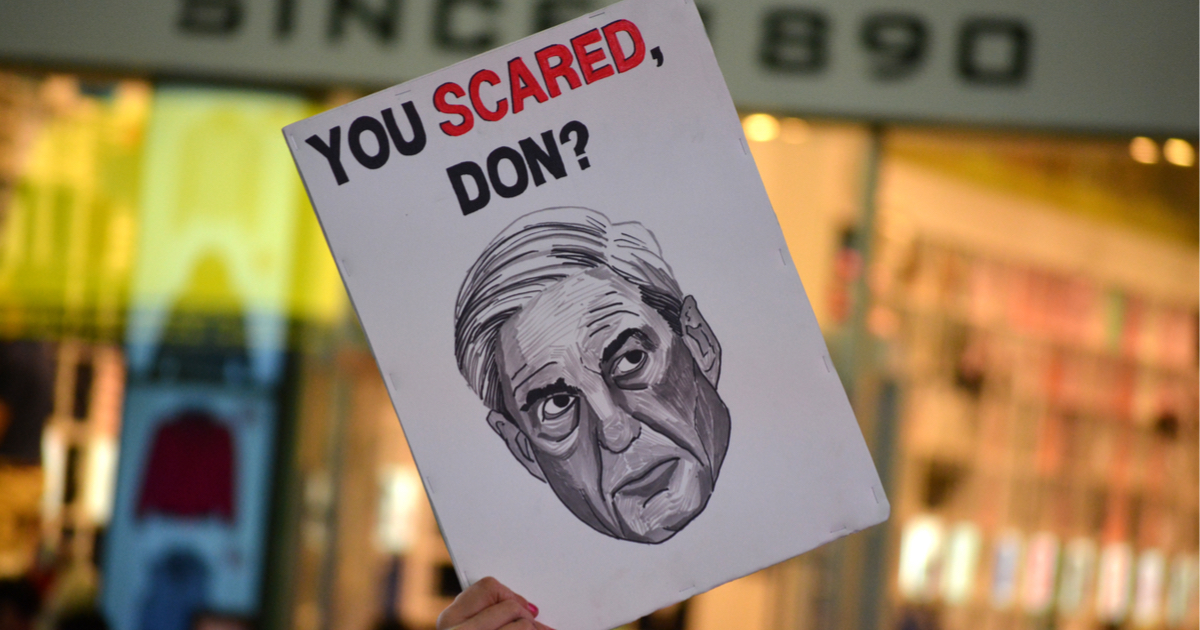 For well over a year, the American people have been subjected to a grand series of aspersions regarding the #RussiaGate probe, and the focus of Special Counsel Robert Mueller.

According to the intent of Mueller’s investigation, the Special Counsel is tasked with finding evidence, if there is any, of the 2016 Trump campaign working hand in hand with the Kremlin in order to see Donald Trump elected.  In this lengthy probe, Mueller has been casting a wide net, snatching a few indictments here and there from Trump acquaintances – with none of these charges so far adding up to “collusion”.

This has led many to wonder just how far Mueller is willing to go to disparage the President, and what information may become public should the collusion story fall apart.

Now, in recent court filings surrounding the saga of Michael Cohen, we have discovered the disturbing truth.

In two major developments this week, President Donald Trump has been labeled in the parlance of criminal investigations as a major subject of interest, complete with an opaque legal code name: “Individual 1.”

New evidence from two separate fronts of special counsel Robert Mueller III’s investigation casts fresh doubts on Trump’s version of key events involving Russia, signaling potential political and legal peril for the president. Investigators have now publicly cast Trump as a central figure of their probe into whether Trump’s campaign conspired with the Russian government during the 2016 campaign.

Together, the documents show investigators have evidence that Trump was in close contact with his lieutenants as they made outreach to both Russia and WikiLeaks – and that they tried to conceal the extent of their activities.

On Thursday, Trump’s longtime personal lawyer Michael Cohen pleaded guilty to lying to Congress when he insisted that Trump was not pursuing plans to build a Trump Tower in Moscow after January 2016, casting Trump’s repeated claims that he had no business interests in Russia in a new light. A draft special counsel document revealed Tuesday also indicates that prosecutors are closely scrutinizing Trump’s interactions with a longtime adviser, Roger Stone, as he was seeking information about WikiLeaks’ plans to release hacked Democratic emails.

If true, our nation may never be the same, but we must temper this fear with the reality of Michael Cohen’s shapeless spine, and his willingness to bend to his captors repeatedly, and with gusto.