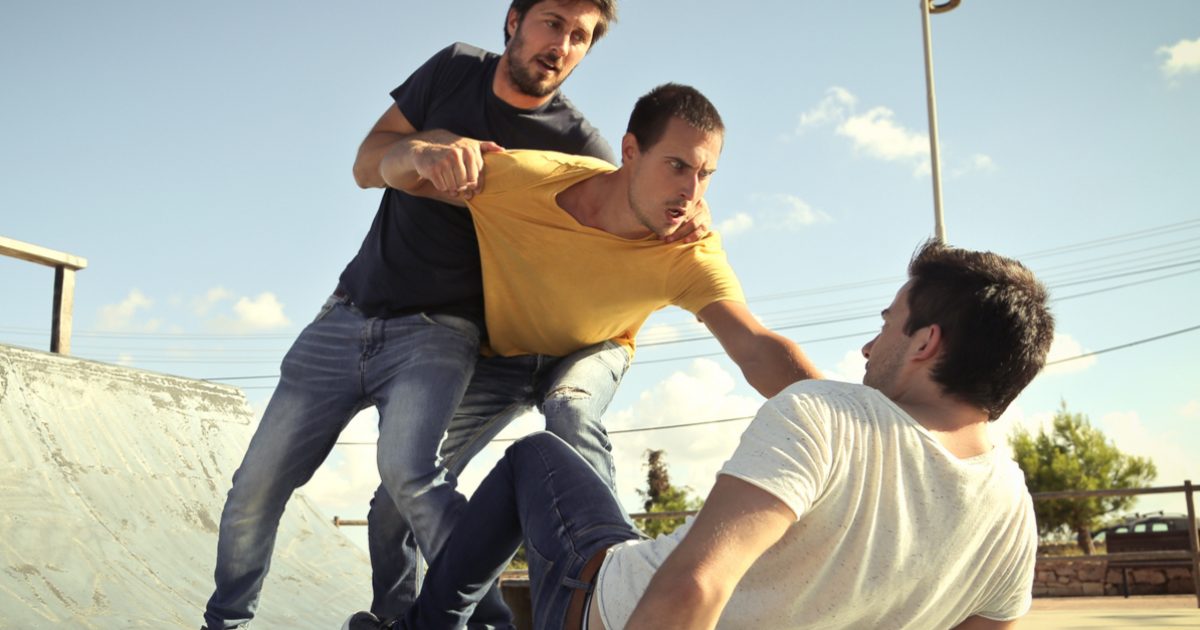 The idea was that the winner of the hypothetical contest would be allowed to keep the moniker, while those who didn’t fare so well would be forced to assume a new identity.  This was to be the final decider for all named Josh Swain, but it was only a joke.

The fight to be the one true Josh started exactly one year ago, when a Josh Swain gathered every other Josh Swain he could find on Facebook and challenged them to battle.

The meme took off on social media so Josh Swain decided to follow through with his Josh fight. The only problem: the coordinates he originally picked at random “landed on some farm owner’s land who did not agree to host such a ridiculous event.”

While the event was billed as a violent affair, the story had a heck of a happy ending.

Two Josh Swains showed up, so they had a rock, paper, scissors showdown before the rest of the festivities began.

Josh Swain, left, the originator of the joke, takes on another Josh as they decide the rightful owner of the name Josh via a game of rock, paper, scissors in an open green space in Air Park on Saturday, April 24, 2021, in Lincoln, Neb. What started as a mid-pandemic joke took on life Saturday, as a mixed bag of individuals sharing only their name came to battle it out. The winner was to be declared the rightful owner of the name. ((Kenneth Ferriera/Lincoln Journal Star via AP))

The victor was a four-year-old little Josh, who was coronated with a Burker King crown, according to KLKN reporter Yousef Nasser.

As the Josh fight meme came to life, the group also took the opportunity to fundraise for the Children’s Hospital & Medical Center Foundation, which provides medical care to children in Lincoln, Nebraska.

The battle royale for dudes named Josh on Saturday raised more than $8,000 for the Children’s Hospital &amp; Medical Center Foundation and brought in non-perishable food for the Lincoln Food Bank.

The event also benefited the Lincoln Food Bank, as the Joshes were encouraged to bring non-perishable food items for donation.