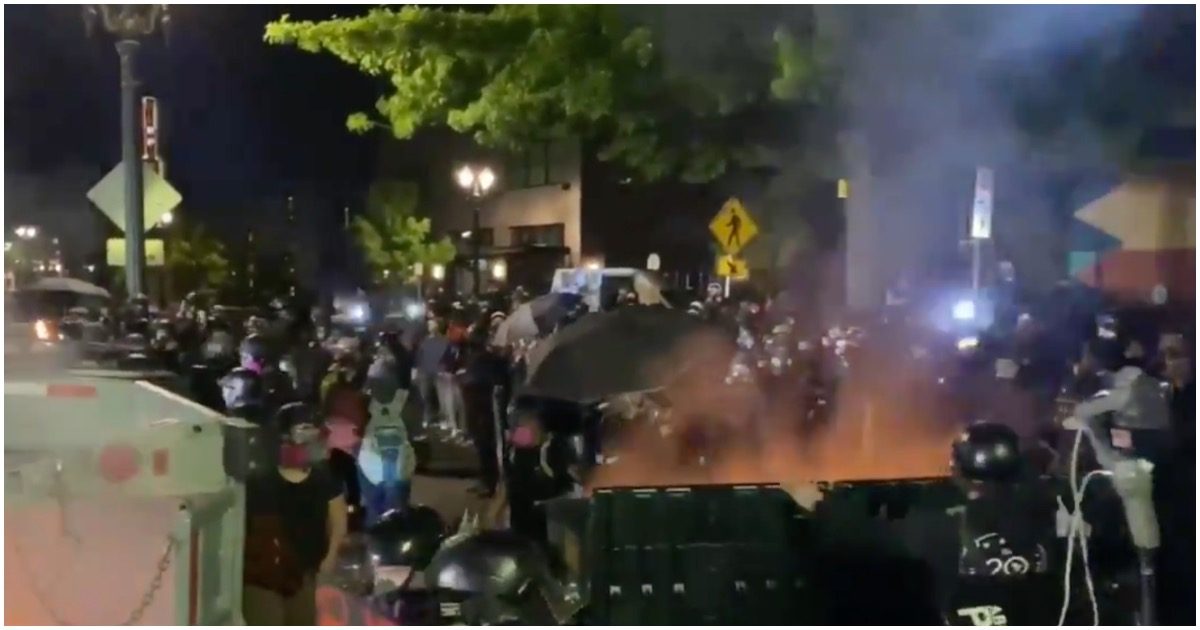 Future Joe Biden voters in Portland, Oregon decided to set a local police station ablaze. Why not, right? There don’t seem to be many consequences for these potentially deadly actions.

Might as well see how much you can get away with!

Twenty-three people were arrested during the riot at North Precinct. All were booked in the Multnomah County Detention Center on the listed charges.

Two North Precinct awnings were lit on fire, and officers were targeted by protesters with sharp chunks of ceramic, rocks, mortars, and powerful lasers during a riot Sunday evening into Monday morning.

While violent BLM rioting has broken out in Wisconsin, #antifa in Portland continue their attempted siege of the north police precinct. They’ve started street fires and have thrown explosives at police. #PortlandRiots pic.twitter.com/vrOVa6QO4r

Portland #antifa are using large barricades as shields as they move closer to attack police at the north precinct. A riot has just been declared. #PortlandRiots pic.twitter.com/KgNmZhxYYr

Portland Police try desperately to extinguish the flames on the police precinct started by #antifa. Rioters on the ground celebrate the arson attack. #PortlandRiots pic.twitter.com/udzWIugZnH

Wisconsin Man Repeatedly Resisted Arrest, Reached Into Van After Cops Told Him Not To

Dem Lawmaker Slams Own Party At RNC Convention, Says They Are ‘Infected’ With ‘Bigotry’