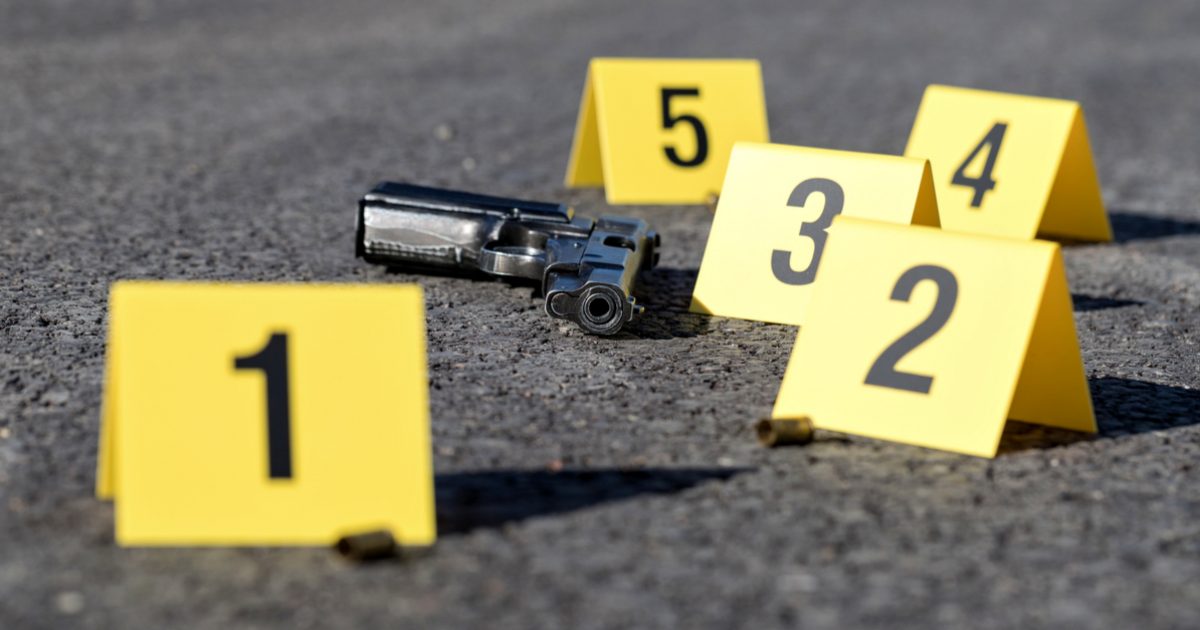 Even as the left continues to push the lie that “systemic racism” by whites is the nation’s biggest problem, murder rates in five black-controlled cities have soared into the stratosphere.

Democrats are in full control (and have been for decades) in many of America’s biggest cities. And some of these Democrat Party establishments are also controlled by blacks. Yet five cities in particular have seen double-digit hikes in their murder rates year to date over last year despite having the more caring, loving, sensible Democrats in charge.

This week, the blog BlueStateConservative highlighted these top five cities that include, New York City, Chicago, Philadelphia, Detroit, and Houston. In all but one, the entire city government (and in most cases the County governments, as well) are fully controlled by black officials.

The site offered the following chart of statistics: 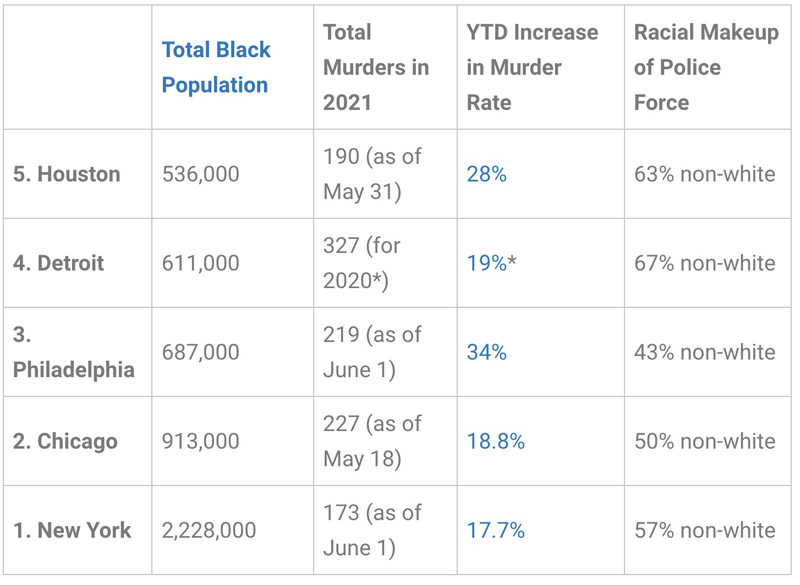 The above chart shows some of the biggest cities in America. All but New York City are controlled by black officials.

The next chart shows the fie cities with the highest per capita percentage of black residents coupled with the current murder rate: 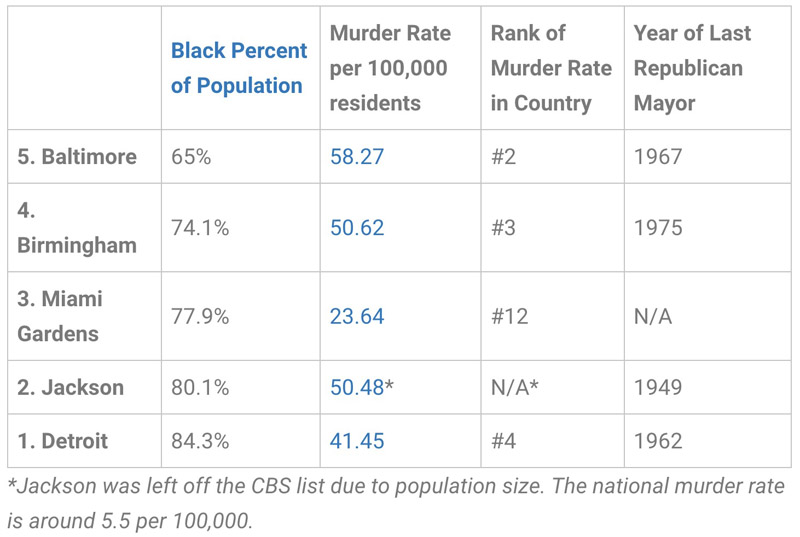 Again, these cities above are controlled by black politicians and have been in most cases for more than 30 years.

So, how is “white supremacy” a problem in these regions?

Judge Stops School from Firing Teacher Who Spoke Against Transgenderism

Trump And The ‘Big Lie’