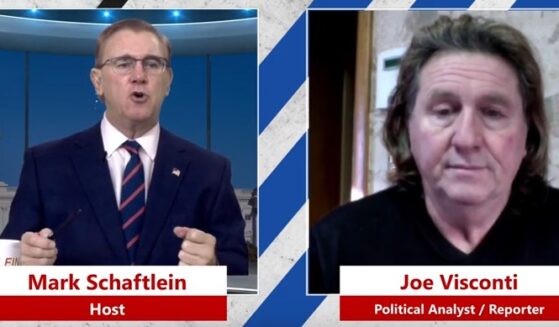 Elon Musk annoyed folks of all political persuasions yesterday when he announced that three of the biggest names previously dropped by Twitter for policy violations got their accounts back.

Comedian and former headliner of “My Life on the D-List” Kathy Griffin, clinical psychologist Jorden Peterson and conservative Christian satire website The Babylon Bee all saw their accounts reinstated by the Musk-owned social media platform.

Trump decision has not yet been made.

Peterson and The Bee (which sounds like a bad network private detective show from the 80s) both tweeted soon after the news was made public. Peterson compared himself to the insane ax murderer played by Jack Nicholson in “The Shining,” whereas The Bee riffed on a previous tweet of Musk’s.

I’m back. Thanks @elonmusk pic.twitter.com/MnWWNDACGD

We’re back. Let that sink in.

Griffin, perhaps miffed by the fact that Musk had misspelled her first name in his tweet, does not appear to have accessed her Twitter account since its reinstatement — a tremendous loss to the comedic arts and political commentary, I’m sure.

Minutes prior to that tweet, Musk had tweeted the principles by which some of these decisions were being made, saying essentially that Twitter would not prevent users from seeing content that some might find offensive, but wouldn’t help those responsible to promote it.

That seems reasonable — the right to utter free speech does not imply the right to force anyone to listen to you, obviously — so it’s fair to assume that the left, which is no fan of reason, started giving live birth to cows yesterday afternoon.

Negative/hate tweets will be max deboosted & demonetized, so no ads or other revenue to Twitter.

You won’t find the tweet unless you specifically seek it out, which is no different from rest of Internet.

Musk also noted that a decision on Trump’s reinstatement was still being made, setting off some on the right who apparently believe the former president to be a liar — Trump has already said that we wouldn’t return to the platform, as Forbes (and many others) have previously reported.

This is weak and you know it.

“They” are going to hate you whether you reinstate Trump or not.

TBH don’t see how you can call Twitter a free speech platform and have one of the leading presidential candidates banned from the platform.

OK, I don’t actually think these folks would all accuse Trump of lying; I think they’re just excited at the possibility and aren’t really thinking about what they’re tweeting. Trump, of course, has his own social media platform now — Truth Social. To come back to Twitter would be to compete against himself, and Trump, whatever else you might think of him, is too good a businessman to do that.

Musk also cannot, as a reasonable businessman himself, risk losing all of Twitter’s employees at once, which could conceivably happen were he to make such a dramatic move so quickly. Even Trump’s strongest supporters would have to agree that there wouldn’t be much point to bringing Trump back to a non-functioning social media platform.

Still, reinstating Trump’s Twitter account could go far toward cementing Musk’s rebranding of Twitter as a home for free speech of all kinds — if only as a symbolic gesture.

It would also have the left tying themselves up in knots, which some would consider a worthwhile goal all by itself.