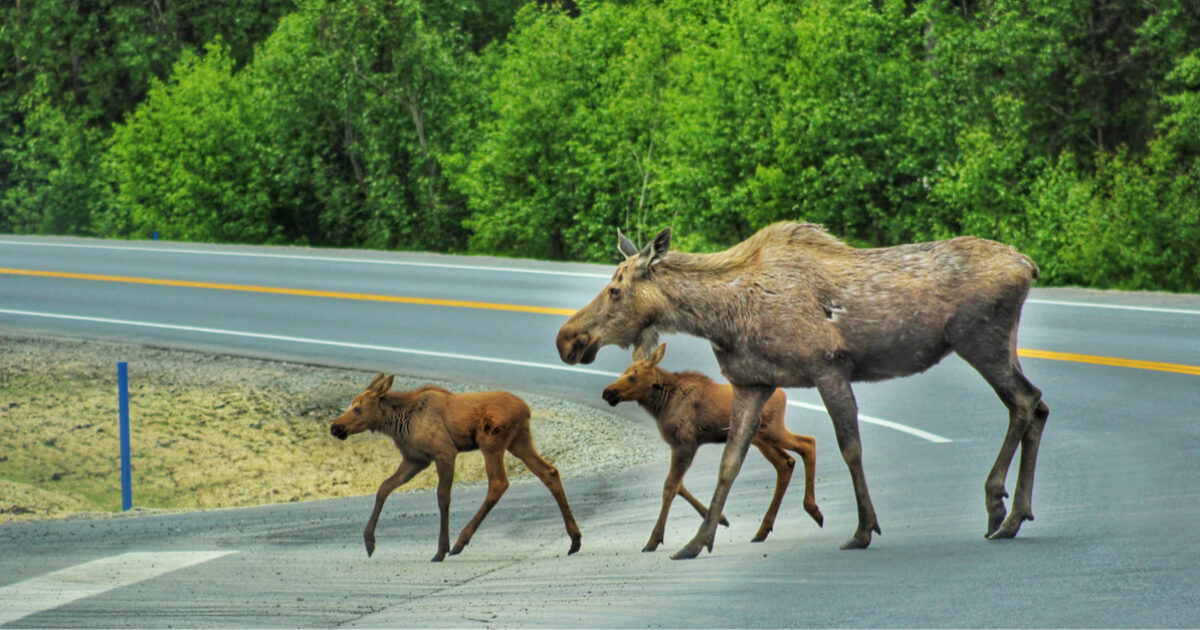 Alaska is a state like no other.  It’s still a veritably untamed place, where the weather and the wildlife are both out to get you.

It takes a special kind of person to hack it in America’s last frontier.  A simple run to the grocery store can be hazardous in some conditions, and just taking the garbage out at night may find you face-to-face with hundreds of pounds of brown bear.

But ask any Alaskan what they hope to avoid the most, and many will tell you it’s the moose that you have to worry about.

These creatures are simply enormous, and they have just enough of an attitude to be more than a nuisance when confronted.  Combine that with the fact that plenty of Alaskans are killed each year after automotive collisions with these gargantuan animals, and you have a real recipe for trouble.

This week, however, a different sort of moose story made headlines, and with some adorable photos to show for it.

Last week, pictures of a man in Alaska lifting a moose calf over a highway guardrail were posted on Facebook.

According to Andrea N Salty Bock, who posted the pictures on Facebook, the calf and its mother were near Clam Gulch, on the Kenai Peninsula. The mother was apparently trying to get her baby to go over the guardrail, but it was too tall for the calf.

“Traffic stopped to give her the room she needed,” the Facebook post said. “But the calf could not clear the guardrail.”

The photos were captivating.

Authorities, while thankful that the moose was able to continue on its way, warned that the situation was still a dangerous one, despite the size and age of this animal.

Ten Times Trump Has Been Proven Right Since the Election