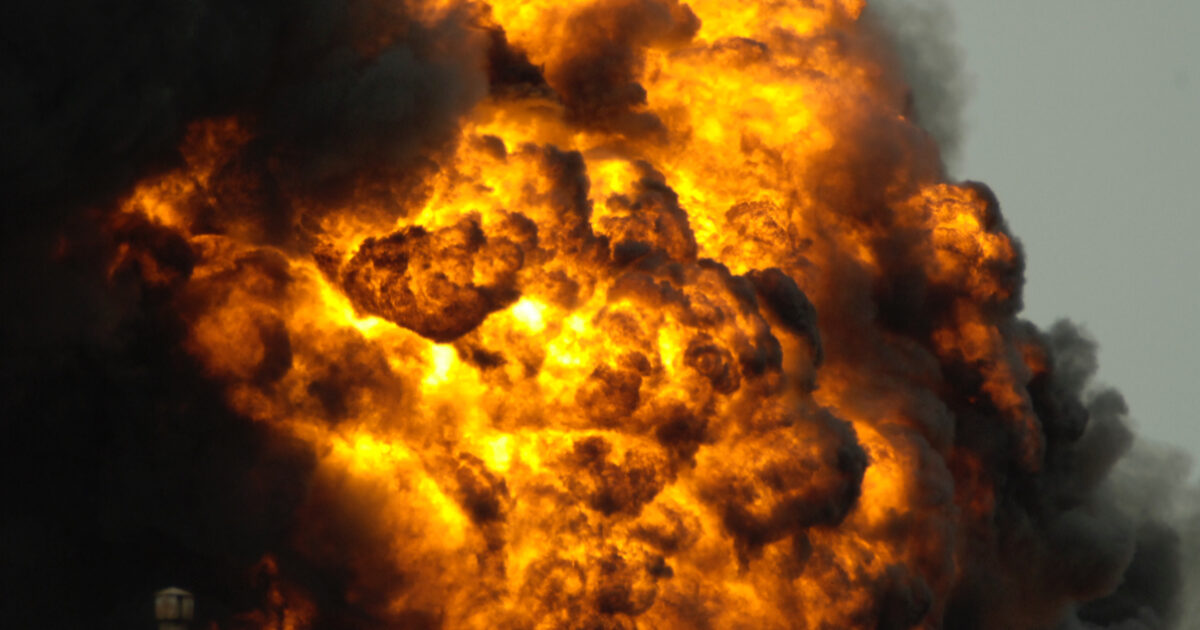 The northern reaches of the Land of Lincoln, a terrifying incident has occurred.

Rockton, Illinois was rocked this week, after a chemical plant in town exploded and burst into flames.

Explosions could be heard around the neighborhood, James Berger of Rockton said.

“Oh yeah, and multiple ones,” said Berger, who lives a football field’s length from the burning plant. “Every time an explosion went off, the flames would go sky high.”

Some of these terrifying moments were caught on camera.

JUST IN – Large blaze at a Chemtool plant in Rockton, Illinois, after a massive explosion. Evacuations ordered in the area.pic.twitter.com/Js5XQO2bD4

And getting this blaze under control isn’t al that simple, either.

“The building is pretty much consumed,” Rockton Fire Chief Kirk Wilson told reporters. “We’re thinking that this is going to be a several-day event to have all of this product burned off. And that’s the best thing we can do right now.”

Firefighters ringed the site but plan to let flames to continue to burn.

Wilson said fighting flames with water could bring dangerous runoff into the Rock River, a Mississippi River tributary a little over 300 yards west of the plant.

“The main thing is that we don’t want an environmental nightmare to occur,” Wilson said. “So we stopped water operations at this point, we stooped suppression. We felt that it was in our best interest to let this product burn off.”

Mandatory evacuations from the neighborhood surrounding the plant are still in effect for many, as firefighters and emergency personnel continue to monitor the progress of the blaze.