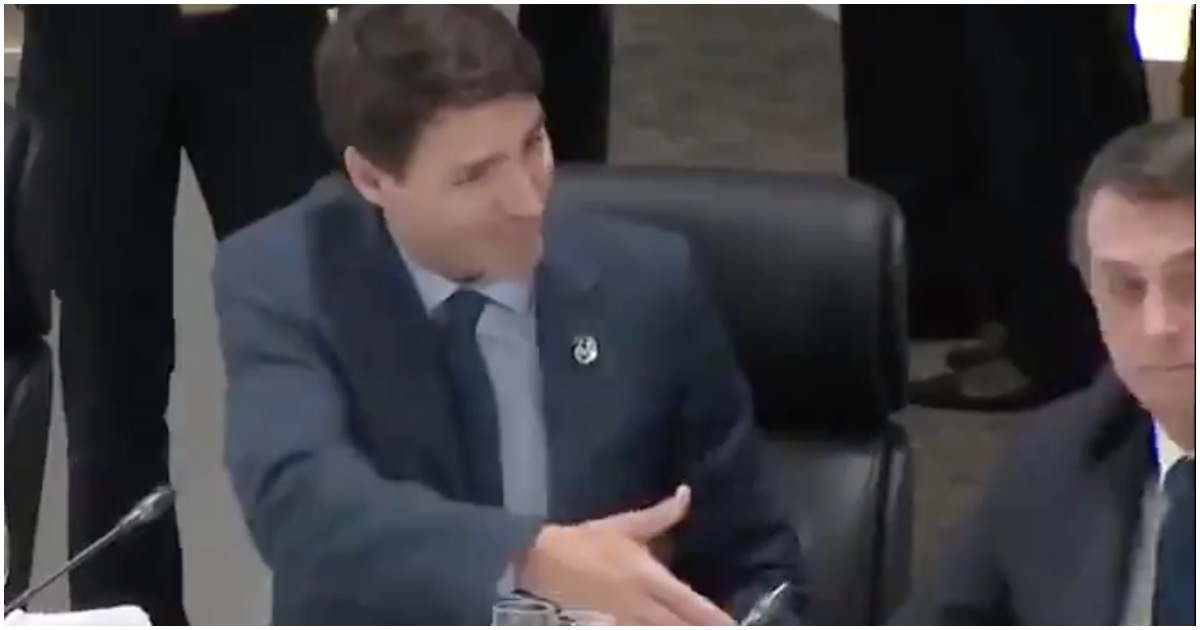 The look on Justin Trudeau’s face after he was snubbed for a handshake by Brazilian President Jair Bolsonaro at the G20 Summit is priceless.

To be fair, it did seem pretty rude on Bolsonaro’s part.

But it’s just too funny.

The #MeToo movement is turning out to be a bit of a double-edged sword for male feminists; it gives them a fun new movement to rally behind and get themselves some extra political points, but, like many have discovered, it also means that every woman you’ve ever so much as looked at inappropriately now has new confidence with which to come out of the woodwork and tell the world what a pig you are.

In the case of Trudeau, his accuser came out 18 years ago; but her story has received new attention in the era of #MeToo.

In 2000, a young unnamed reporter penned an anonymous column in which she accused Trudeau, who was at the time the Prime Minister’s son, of groping her at a charity concert.

Back then, he apologized, one might say quite weakly, saying “If I had known you were reporting for a national paper, I never would have been so forward.”

In other words, “If I’d known you were going to tell anyone I wouldn’t have touched you.”

He’s maintained that he cannot recall “anything negative” transpiring between the two of them, which sounds suspiciously like Kevin Spacey’s response when Anthony Rapp accused him of trying to seduce him when Rapp was only 14.

“I’ve been working very hard to try and piece it together, and even when the original editorial came out at the time I was fairly confident, I was very confident, that I hadn’t acted in a way that I felt was in any way inappropriate,” he said on Thursday, according to NPR.

Now, the woman, who has remained unnamed up until this point, has come forward in a statement that was released on Twitter:

The woman who made the groping allegation against Justin Trudeau in 2000 has issued a statement, including her name. #cndpoli pic.twitter.com/W9uOziNh3m

“I issue this statement reluctantly, in response to mounting media pressure to confirm that I was the reporter who was the subject of the Open Eyes editorial, published in the Creston Valley Advance in August of 2000,” she wrote, explaining she’d remained silent out of concern for her family’s safety.

“The debate, if it continues, will continue without my involvement,” she added.