Hillary Clinton has certainly seen her fair share of controversy over the course of her long career in the DC Swamp, but her latest gaffe is both inexcusable and indefensible.

And I want to make it very clear when I say indefensible that I am not being metaphorical or figurative.  What Hillary Clinton said about Eric Holder and Cory Booker this week is literally impossible to shrug off as a mishap.

It was blatant.  It was racist.  It was wrong.  And an immediate apology is deserved.  This is America, where all are created equal.

This filthy and repugnant retort by the former First Lady seems to be absent within the mainstream media, (unsurprisingly), so we are forced to look into the smaller corners of the internet in order to find Americans’ reactions to the bigoted statement.

Hillary can joke at the Black populations expense while the media destroys Rosanne and Megan. This vile woman has no shame and knows the Fake News has no moral standards. Media “invents” Trump comments while they laugh along with their chosen one. How f—ked up is this. UGH

You just can't make it up…keep talking Hillary. #BLEXIT is a movement. Your number is up girl! https://t.co/I0EN611JKo

But one meme highlighting the political game that Hillary Clinton has been playing for decades takes the cake: 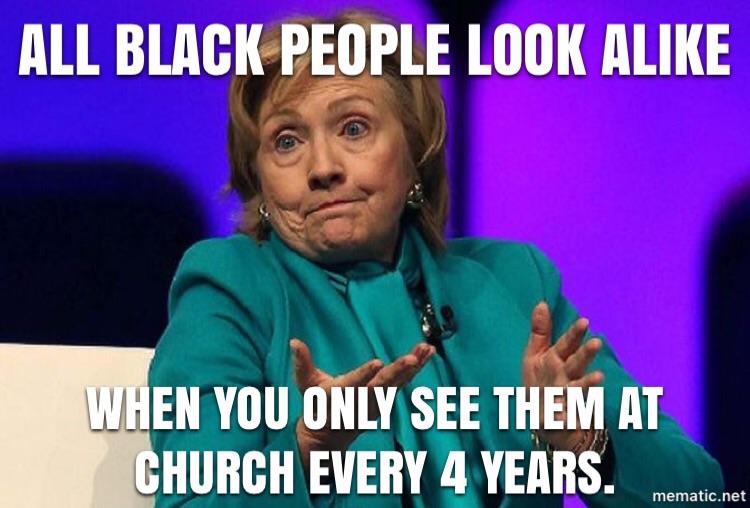 As of this writing, there has been no apology from the former Secretary of State.