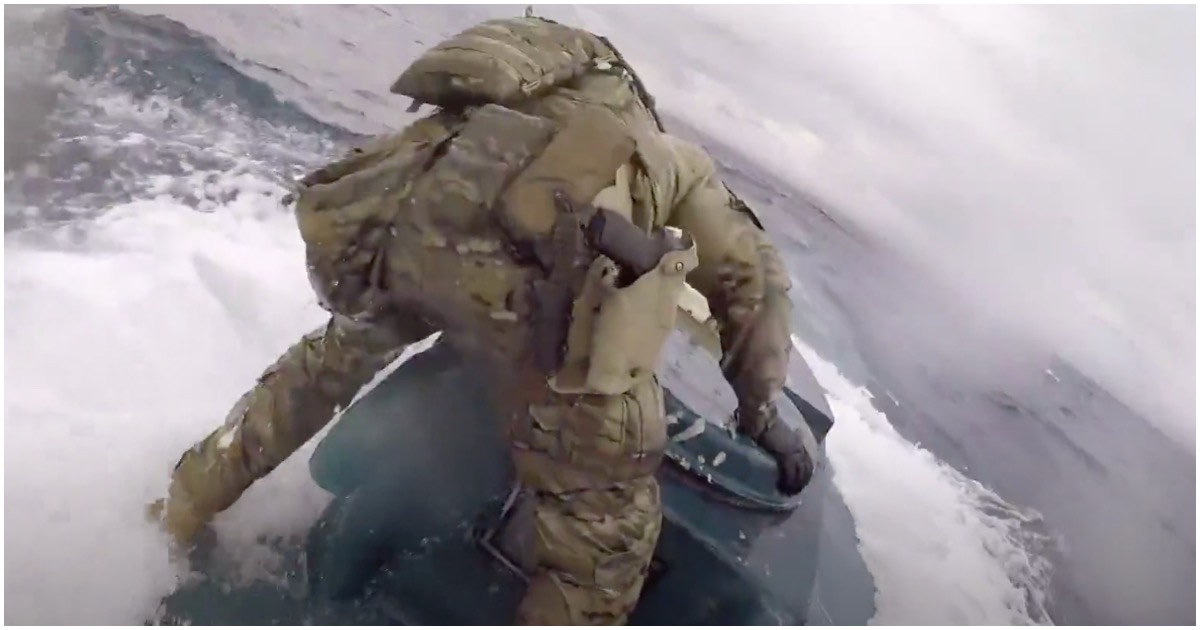 If this isn’t a top contender for video of the year than nothing else should be.

When’s the last time you saw a video of a Coast Guard member leaping aboard a moving semi-submersible?

Probably not in a good long while.

From Task and Purpose:

A recently published Defense Department video captures crew members from the Coast Guard Cutter Munro as they chase a “self-propelled semi-submersible suspected drug smuggling vessel” (or a narco sub, for short) through international waters in the Eastern Pacific Ocean on June 18.

As the dramatic video shows the crew of the Munro speed after the sub, one of the Coast Guardsmen can be heard yelling in Spanish and ordering the vessel to stop, before turning to his crewmen and saying “that’s going to be hard to get on.” When the vessel doesn’t stop, one of the Coasties decides to literally leap from his moving boat onto the moving narco sub and starts banging on the hatch […]

This will get your blood flowing.

Was that awesome or what?

Coasties never get enough credit. These guys all deserve our highest honor.

She casually spotlighted her revolutionary rejection of biology, sex, and the male-or-female society during a live Facebook chat in which she was asked about her views on the military draft. “As long as we have a draft, I support people of all genders being drafted,” she said.

Male and female are the two sexes — but transgender advocates now claim more than 50 “genders” — including agender, bigender, gender fluid, gender non-conforming, genderqueer, intersex, two-spirit, etc, plus “cis-gender” for the 99+ percent of people who are normal, non-transgender people

Me on snapchat trying to be cute & profound at 2 am after one too many vodka sodas while stuffing my face with pizza. pic.twitter.com/DqavrVCHiq

The tweet she sent was a little awkward – to say the least.