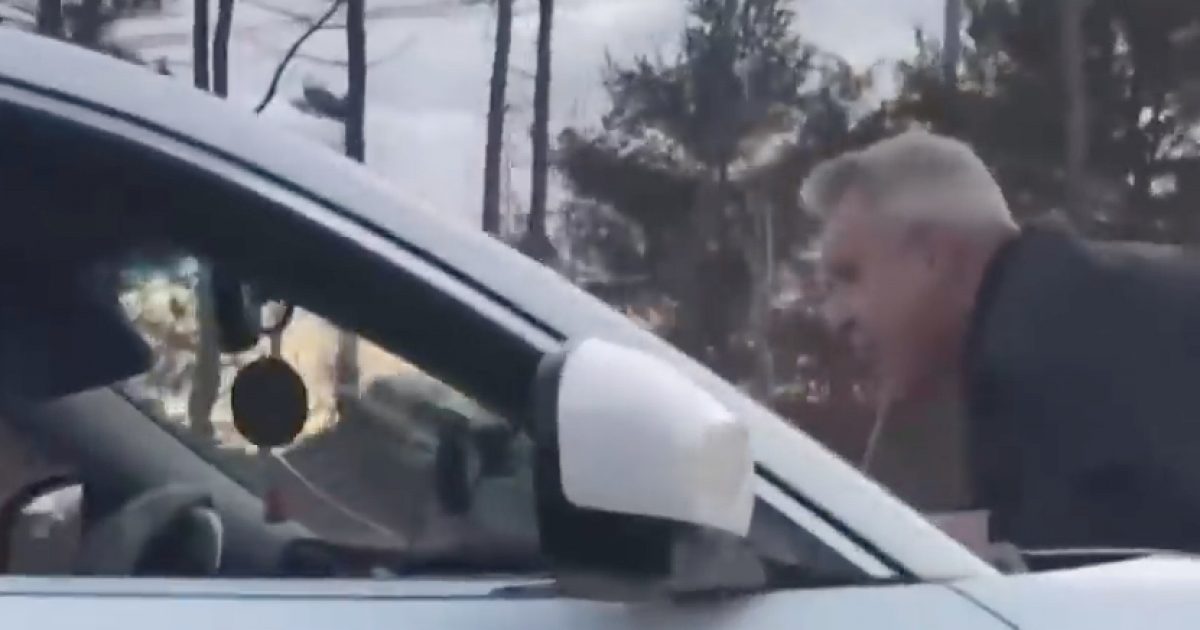 That’s because, when it comes down to brass tacks, being armed in certain situations is the great equalizer.  We are a nation of equality, after all, and being able to ultimately defend yourself at all times shouldn’t be a question of legal nuance.

Now, these stories of the “good guy with a gun” are often told with a backdrop of a convenient story robbery, perhaps a would-be mass shooter here and there.  Often, in a bit of poetic justice, the “good guy” happens to be a little old lady or elderly man playing slots, scaring off some young and misguided whippersnapper with a quick draw move that no one saw coming.

So how did all of this get started?

A gun-wielding good Samaritan brought a harrowing road rage incident to a safe end, reportedly stopping a driver who’d been racing through Massachusetts — with a 65-year-old man clinging to the hood of his SUV.

An unidentified person ordered Mark Fitzgerald, 37, at gunpoint out of his SUV, allowing Richard Kamrowski to climb down from the car unscathed, police said.

“The SUV driver ultimately came to a stop, we believe with the intervention of some good Samaritans, and was taken into custody by responding troopers,” Massachusetts State Police spokesman David Procopio said.

Investigators said Kamrowski and Fitzgerald had been exchanging insurance information after a minor sideswipe on I-90 Saturday afternoon when they started to argue.

The encounter escalated when Fitzgerald suddenly tried to drive away, and Kamrowski, who was in the path of the vehicle, jumped on the hood of the Infiniti, state troopers said.

We can only be thankful that, in a situation so well populated with maniacal and frankly terrifying human beings, that no one was hurt.

Trump Gets Big Thumbs-Up from America in Latest Economic Polling