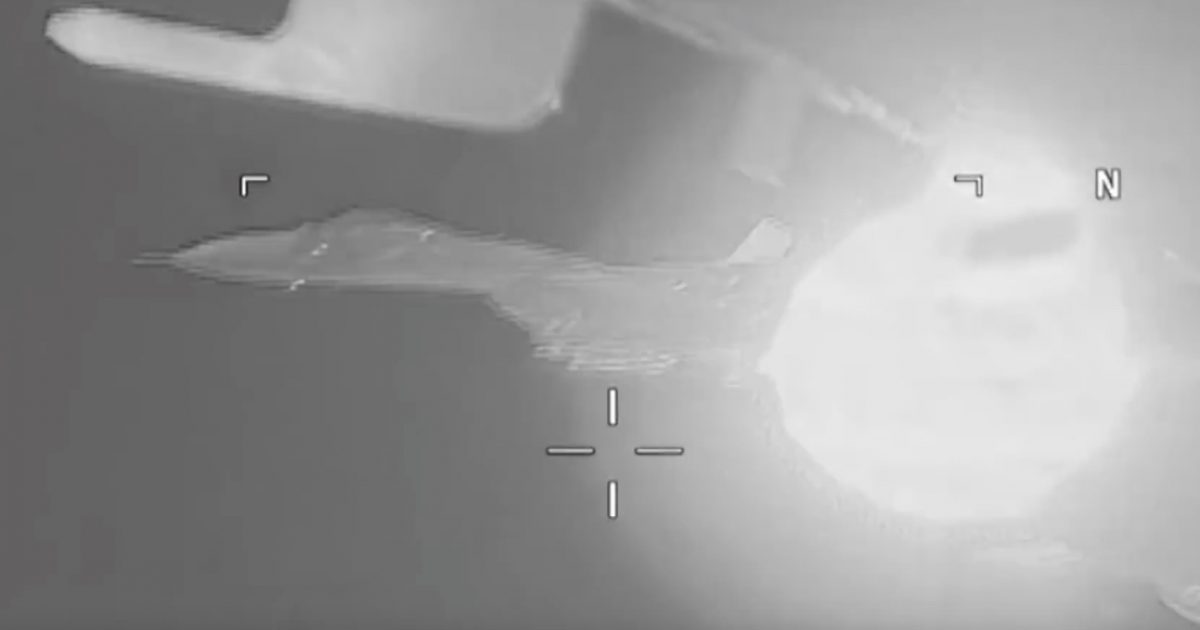 Tensions between the United States and Russia have been high in recent months, thanks to some parting shots taken at Vladimir Putin in the waning days of the Obama administration.

Obama, who ascribes to the theory that the Russian government may have played a role in the 2016 election of President Donald Trump, blasted the Kremlin in his final days in office, sending a number of Russian diplomats packing from the United States.  This may very well have been the tip-off of a New Cold War, as evidenced by the bizarrely aggressive behavior of Russian military forces in the aftermath of the decision.

Just this week, one such harrowing encounter was caught on film.

A US Navy reconnaissance aircraft flying in international airspace over the Black Sea was intercepted by a Russian fighter jet Monday in an unsafe and unprofessional manner, according to three US defense officials and a statement from the Navy.

During an encounter that lasted a total of 25 minutes, the Russian SU-27 jet passed directly in front of the US EP-3 aircraft at a high speed, the officials said. The US crew reported turbulence following that initial interaction in which the direct pass occurred.

The SU-27 then made a second pass of the US plane and applied its afterburner while conducting a banking maneuver, which is believed to have caused a vibration that was experienced by the American crew.

“This interaction was determined to be unsafe due to the SU-27 conducting a high speed pass directly in front of the mission aircraft, which put our pilots and crew at risk. The intercepting SU-27 made an additional pass, closing with the EP-3 and applying its afterburner while conducting a banking turn away. The crew of the EP-3 reported turbulence following the first interaction, and vibrations from the second,” according to a statement from the US Navy.

The close call was even more frightening on tape.

There has been no word yet of what retaliation awaits the Russians, but the US is sure to respond accordingly.

Reporter Thought She Hung Up Phone, Ends Up Giving GOP Candidate an Earful and The Result is Costly