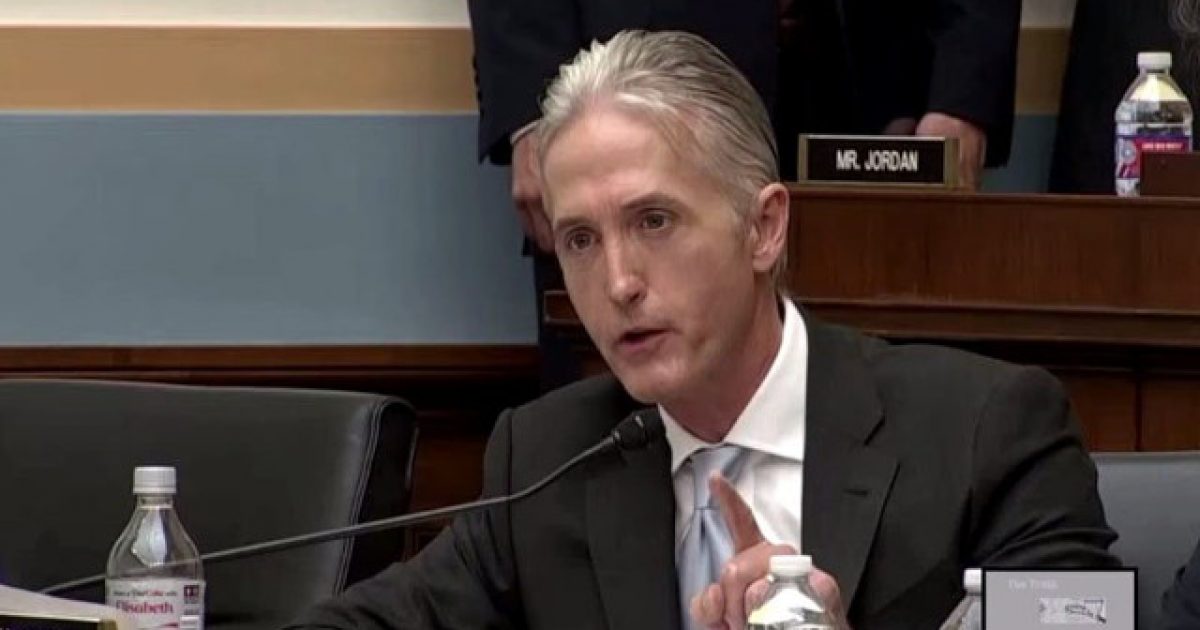 One of the few folks in government that the vast majority of conservatives really seem to love is South Carolina Rep. Trey Gowdy. Gowdy has a reputation for being a man who is brutally honest and is someone who looks to expose and eradicate corruption where ever it dwells in order to make our country a better, more liberated place to live.

He truly seems to recognize that those who are elected to office are public servants who are in their positions to serve their constituents, not to get rich off the taxpayer’s dime.

He is also well known for epic takedowns of those caught in corruption or those accused of bad behavior, the latest of which is aimed at California Rep. Adam Schiff.

“He wanted to be the attorney general under Hillary Clinton, and nobody in the country worked harder to protect her than Adam Schiff. He wanted to run for the Senate in the People’s Republic of California, but he couldn’t win either of those seats. So now, he wants to be the chairman of the House Intelligence Committee,” Gowdy told Fox News’ Jason Chaffetz.

Gowdy was responding to remarks that Schiff made in an interview with CNN on June 28 about House Republicans’ efforts to obtain information about the FBI and Justice Department’s investigation into possible collusion between the Trump campaign and Russian government.

“The four horsemen of this apocalypse have been Devin Nunes, Trey Gowdy, Mark Meadows and Jim Jordan,” he continued. “They have been leading the charge basically to require the Justice Department to give them materials that can be leaked or fed or misrepresented…in the service of the President.”

“I don’t think anybody on my side of the aisle gives much of a damn what Adam Schiff thinks,” said Gowdy.

As if anyone needed another reason to love Gowdy. Men and women like Gowdy are exactly who we need in office to help combat the lukewarm tendencies of many elected officials who are willing to compromise on important issues just for the furtherance of their own careers.

Let’s hope God raises up more warriors of truth and installs them in these influential offices across the country.