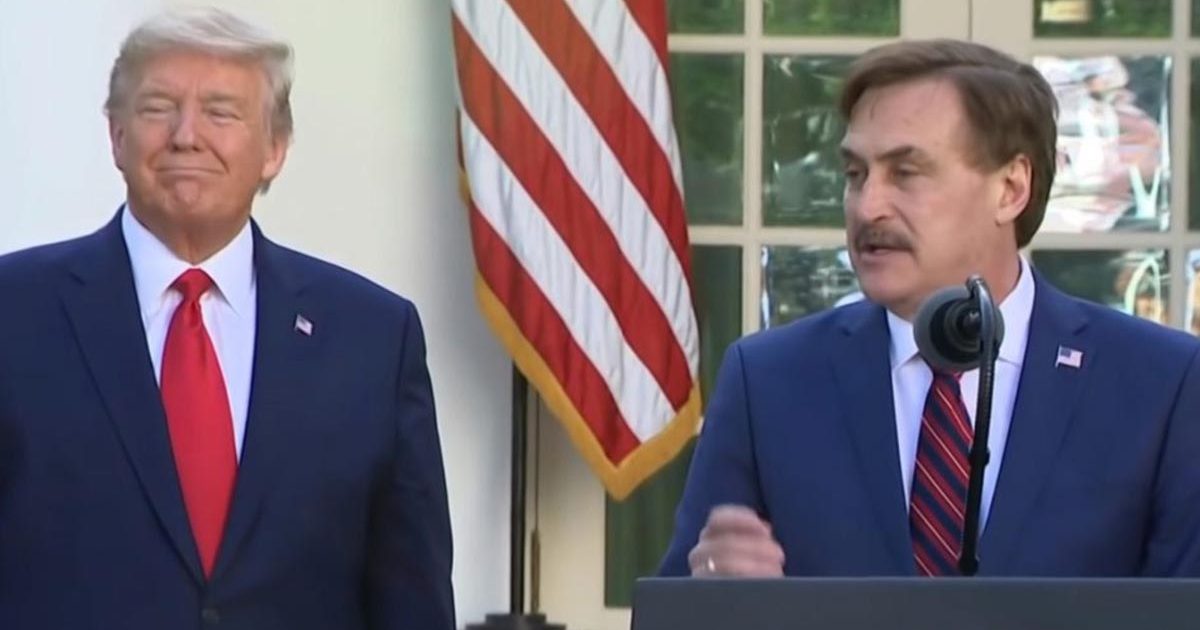 For months now, there have been figures on the right side of the aisle speaking about the possible “reinstatement” of Donald Trump as President of the United States.

Of course, there is no accepted mechanism for such a maneuver, neither in the legal or legislative sense.  The idea itself seemed to first arise with pro-Trump lawyer Sidney Powell, who once represented General Michael Flynn in his case against the FBI.  Her belief was that Trump could be “simply” reinstated, but no evidence of just how that would work has been gathered.

Then there were rumors that Trump himself had been pondering the possibility, but these whispers were little more than overheard chit-chat, and the former President has not spoken on the subject publicly.

Now, another of Trump’s close acquaintances is posting the idea, and this time he has a date for the reinstatement.

Speaking to Brannon Howse on the conservative WVW Broadcast Network on Sunday, Lindell said that by that date, Trump’s reinstatement “will be the talk of the world.”

And his predicted deadline is not all that far away.

“By the morning of August 13 it’ll be the talk of the world, going ‘hurry up! Let’s get this election pulled down, let’s right the right, let’s get these communists out that have taken over,'” Lindell said.

He also said that the election result would change for “down-ticket senators” on August 13.

The idea of setting a deadline for such an unprecedented, (and seemingly unlikely), turn of events has some political observers nervous, as it provides an actionable date for political extremists to focus on.

Should things not go their way, and Trump remains a private citizen, there are fears that more organized groups within this political spectrum could be compelled to lash out at the system they feel has jilted them.